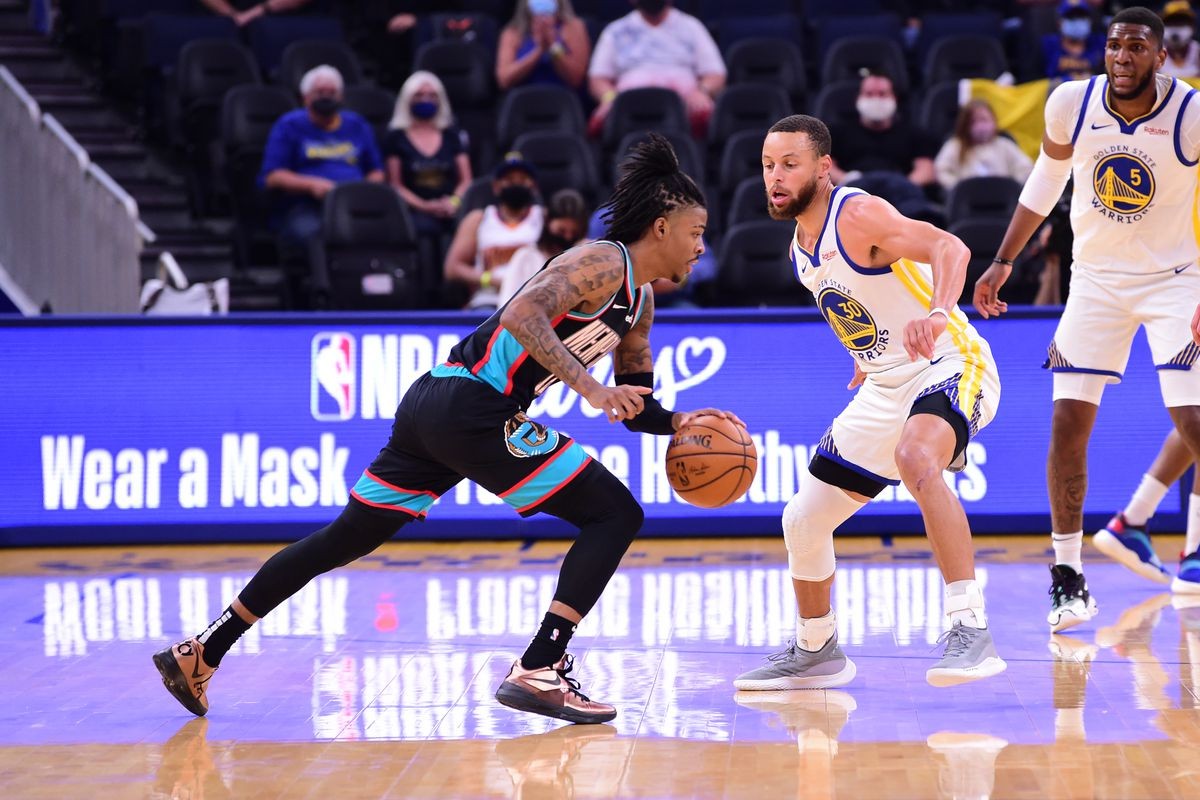 Golden State Warriors and Memphis Grizzlies will face off against each other at Warrior’s home court – Chase Center. The Matchups are intriguing.

Stephen Curry – the reigning Western Conference player of the week is in hot form right now, averaging 29 points in 4 games. Ja Morant, a contender for Steph’s title is leading all NBA scoring charts. He has 30.5 points per game.

This Season, with the emergence of Ja Morant, Grizzlies is a very entertaining team. Warriors have been there with Splash Brothers making long-range shots and making smooth passes. NBA fans are in for a treat with this highly energetic and fast-paced game. Both teams have great ball handlers and love to play ‘short’.

For the Warriors, surely Stephen Curry will be the difference-maker in absence of Klay Thompson. Steve Kerr will have his well-rehearsed team, who are playing with each other for a long time. Understanding between players in offence and mainly in defence is a positive point for Warriors.

Draymond Green and veteran Andre Iguodala have a great sense of double-teaming opponent’s scorer. Curry, Green, and Wiggins are great in reading the game, so they can have important steals and move the ball forward faster.

Then we have in-form Ja Morant, leading in points per game and assists per game for Memphis. Other guards Bane and Melton need to be more productive to ease the pressure off Morant. It is obvious that, when Morant is on the bench, opponents control the game.

Keeping Ja Morant below 30 Points, the Warriors will continue their unbeaten streak to 5-0.

How to watch Golden State Warriors vs Memphis Grizzlies?

Golden State Warriors vs Memphis Grizzlies will take place in The Chase Arena. The stadium is prepared to accept fans in full capacity. Regional viewers from San Francisco can watch the game on NBSSBA and Memphis residents can catch it live on BSSE-MEM. International viewers can access the game on NBA League Pass.