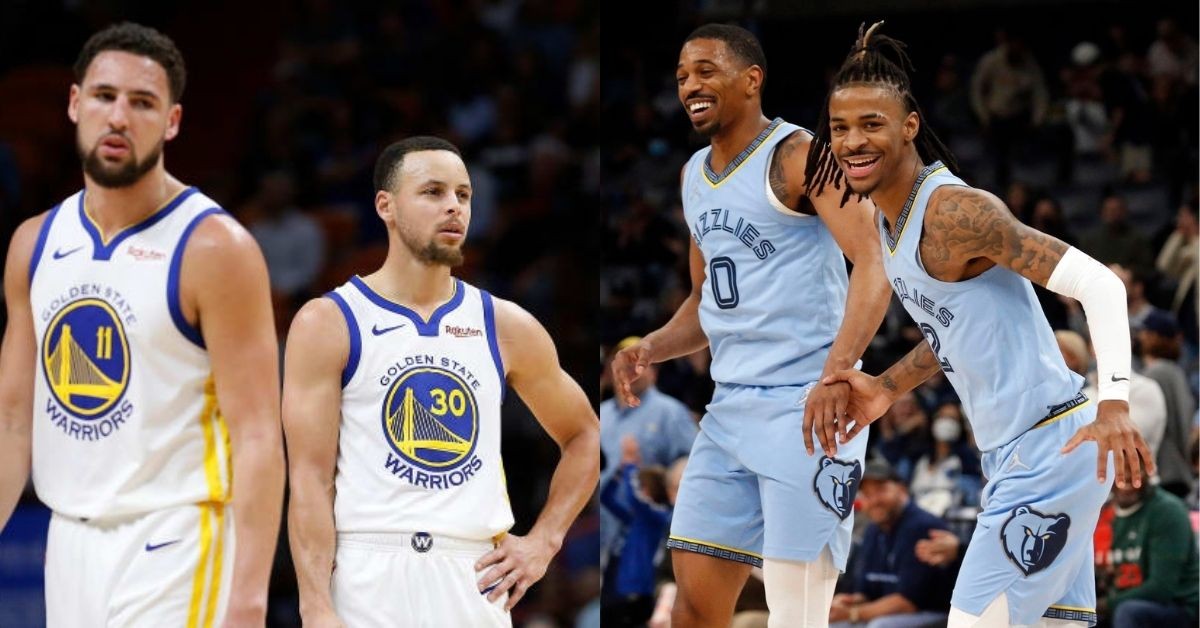 Curry and Thompson vs Ja (Credit-Twitter)

The Golden State Warriors and Memphis Grizzlies are set to face off. The Warriors eliminated the 6th seed Denver Nuggets in 5 games in the first round. The young Memphis Grizzlies, on the other hand, eliminated the Minnesota Timberwolves in 6 games. By doing so both teams have moved onto the second round, where they will be facing each other in the second round as the 3rd and 4th seed.

Golden State and Memphis are both teams in the Western Conference. They have faced each other for 99 games in the regular season. The Warriors have won 51 games while Memphis has won 48. However, these two teams have been matched up in the postseason only once in their history. This could be because there was no real star talent on both teams for several years. When one team made it to the playoffs, the other team was in the bottom half of the league. This explains why they have been matched up only once.

The Grizzlies and Warriors were matched up in the 2015 NBA postseason. This was a young Stephen Curry and Klay Thompson who faced the Grizzlies in the second round. The Grizzlies had eliminated the Portland Trail Blazers in the first round with the core of Vince Carter, Matt Barnes, and Mike Conley.

Golden State was able to eliminate the Memphis Grizzlies winning the series 4-2. However, this time the Golden State Warriors have the veterans, while the Grizzlies possess young rising stars.

The Warriors and Grizzlies have some bad blood from last season

The Golden State Warriors were eliminated from the play-in tournament by the Memphis Grizzlies last year. Ja Morant scored 35 PTS 6RBD and 6AST to lead Memphis to the win. Klay Thompson did not play in that game due to injuries.

The Grizzlies also won 3 out of the 4 regular-season matchups with the warriors, as Ja and the grizzlies squad have elevated their play this season. The Golden State team this year has more youth with Jordan Poole and Gary Payton II. These young players will make a difference in the series this time

Ja Morant has carried the Grizzlies to the second seed in the regular season. Therefore, they will have homecourt advantage for games 1 and 2 as well as potential games 5 and 7. The pressure will be on the Golden State Warriors, who are favored to win this series. They will attempt to repeat the past and finish the series in 6 games. This would help in preventing facing game 7 on the road as the opponent.

Steph Curry, Klay Thompson, and Draymond Green are the only Warriors with real championship experience. This is the real edge the Golden State Warriors have over the Memphis Grizzlies. We will soon see how the series unfolds

Kyrie Irving or Anthony Davis: Who Has Been a Better Teammate to LeBron James?