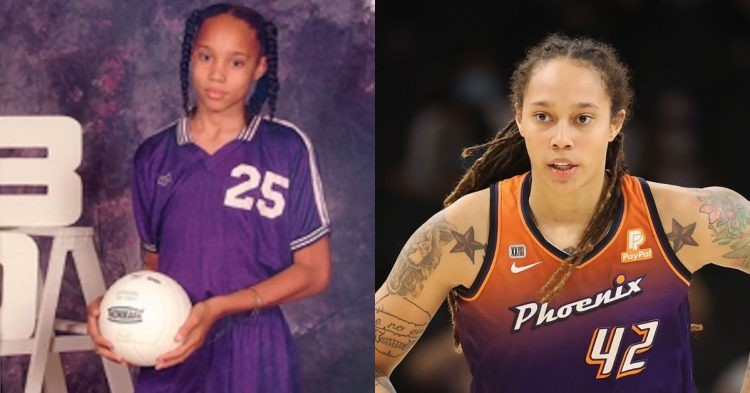 Brittney Griner came back to the US after being detained in Russia for almost a year. Since then, Griner is all the country has been able to talk about. The controversy surrounding her release, her WNBA career, and her childhood as well. Brittney has been hit with questions about it all.

Last month, the Phoenix Mercury star released her book: ‘In My Skin: My Life On and Off the Basketball Court‘ and spilled some details about her childhood and basketball career when she was just a teenager. Griner has let the world in on her personal life at a time when fans were intrigued to find out more about her.

Which middle school did Brittney Griner go to?

Brittney went to Teague Middle School in Florida after leaving Dayton with her family. She was excited to leave her old school but the fact that she had to keep moving schools was always at the back of her mind. In addition to that, an incident at Teague stayed with her even after many years.

One of Brittney’s classmates, or the ‘Messy Girl’ as she called her, gave her a hard time at school. According to Brittney, she had to deal with nudges, shoulder bumps, and heel clips. When she crossed a line, Brittney sent a message to her bully and called her to the school’s bathroom. Despite being up against a group of girls, she still took her ‘enemy’ on. Her height advantage (she was 5’10 at the time)  helped her.

Brittney wrote, “I threw a bunch of punches, connecting pretty good with a couple of them, then got her in a headlock. That’s when my friends jumped between us and broke it up, saying we had to get out of there before we got caught.”

The incident led Brittney’s parents to take away important privileges at home. Together with that, the young basketball player was kicked off the “eighth-grade team.” The thought that she’d miss her chance to play basketball bothered her more than the punishments she faced at home. She made it to the team even before she stepped foot on a basketball court up until that point.

Her revelations indicate that Brittney has come a long way. She is currently one of the best players in the WNBA even though she hasn’t played in a while. With that said, she aimed to inspire her fans with her story. This particular story of hers reminds fans about how they can overcome setbacks to achieve their goals, just like Brittney did.