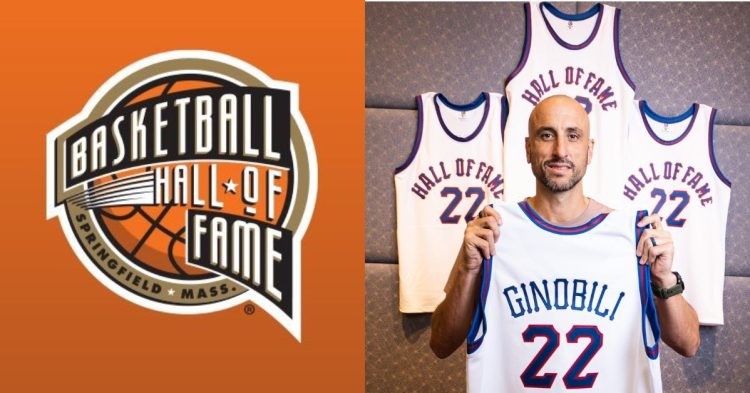 The NBA selects individuals in basketball with exceptional contributions to be a part of the Hall Of Fame. Making it onto the HOF list is one of the biggest honors for any player, coach or referee. The museum(Naismith Memorial Basketball Hall of Fame) got the name the man who founded the game; James Naismith.  Lee Williams established it in 1958, before opening it to the public from 1968.

The NBA will present those wish to be in the HOF with an election process. “The Honors Committees consist of Hall of Famers, basketball executives and administrators, members of the media, and other experts in the game of basketball. A Finalist must garner a minimum of 18 votes from the respective Honors Committee to be Enshrined in the BHOF,” according to the official Naismith Basketball Hall Of Fame website.

This year, the HOF will see 13 new entries. The former NBA players are Manu Ginobili, Tim Hardaway, and Larry Costello. From the WNBA, we have Swin Cash, Lindsay Whalen and Marianne Stanley. Apart from then, we also have elite coaches and referees in Del Harris, George Karl, Bob Huggins and Hugh Evans.

One of the players to truly deserve the moment would be Manu Ginobili. He is a 4x NBA champion, 2x NBA All-Star, EuroLeague winner, and an Olympic gold medalist.

It was about time he received one of the most privileged honors in the basketball world. Manu started in the NBA in 1999, and retired in 2018 after an illustrious 19-year career. When he received the NBA Sixth Man of the Year award, Manu announced his retirement.

Over the years we have had many NBA players and coaches to join the elite list. The most famous one we would all know is the great Michael Jordan. His Airness joined Hoop Hall in 2009, together with Jerry Sloan, John Stockton, C. Vivian Stringer. MJ picked David Thompson as his presenter.

Another famous NBA player would be the late Kobe Bryant. Less than a year after his passing, he was inducted into the Hall Of Fame. His wife, Vanessa delivered a memorable and emotional speech at the ceremony. Jordan was also present on stage with her, when she mentioned that he was Kobe’s favorite player during her speech.