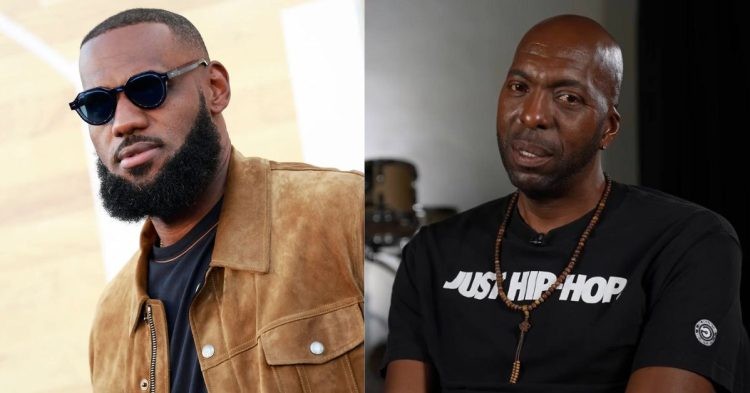 LeBron James has been at the top of the NBA for many years now. The only player that has a bigger legacy than him would be the great Michael Jordan. LeBron‘s experience in the league makes him a deadly force even in the current era.

Forbes estimates that LeBron James has officially become a billionaire. The 37-year-old superstar has a net worth of $1 billion, by Forbes’ count. James is the first active NBA player to make the billionaires list. https://t.co/rtAUsxsSou pic.twitter.com/jIvpNrNSur

Just like how he has been the best on the court, he keeps up the same off it as well. Earlier this year, he became the first billionaire among active players in the NBA. His lucrative endorsement deals played a significant role in the Lakers star reaching the mark. From just salaries, LeBron has received more than $380 million from Miami Heat, Cleveland Cavaliers, and Lakers.

“It’s my biggest milestone, obviously. I want to maximize my business. And if I happen to get it, if I happen to be a billion-dollar athlete, ho. Hip hip hooray! Oh, my God, I’m gonna be excited,” LeBron said to Forbes. He joins Michael Jordan to become the only two NBA players to become billionaires.

John Salley says billionaire LeBron James is human after all

In an interview with Vlad TV, former NBA champion John Salley spoke about LeBron’s elite status. He said, “To let everybody know, he has a billion dollars and he still can be hurt because he’s still human.” Salley’s comments may come as a shock to LeBron fans.

A billionaire may have many reasons that keep him at night, just that money might not be one of them. That’s what Salley suggests as he says LeBron will still feel hurt despite having all the money in the world. He also added, “It doesn’t stop you from being human. You still get your heart broke, you can still have a stomachache, you can still have ingrown toenails, like more money doesn’t make you float like Doctor Manhattan”.

Salley played in the NBA for 14 years. His experience would have been enough to make him realize that one will always have other things to worry about even if they are the richest person in the world. Similarly, LeBron James’ experience should not be ignored as well. We can expect him to know that money doesn’t get him far without the hard work.