Here Is Everything You Need to Know About the NBA Lockout 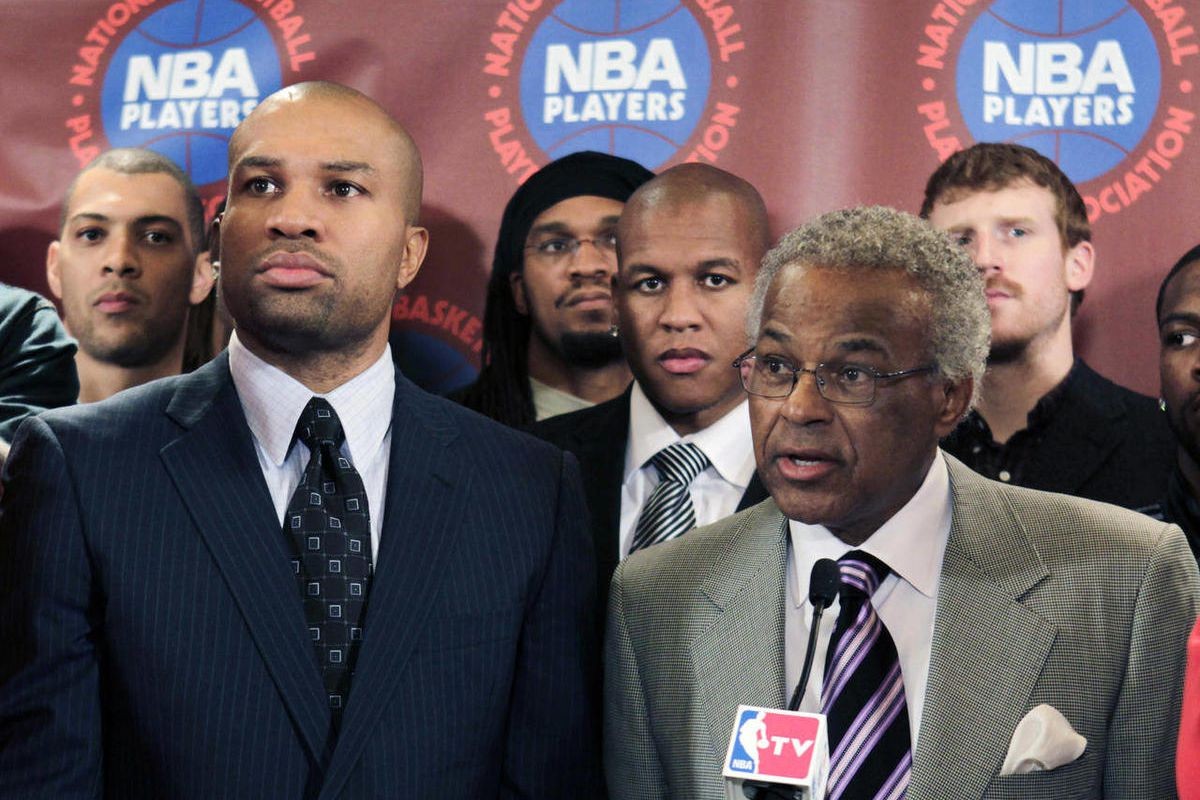 The 2011 NBA Lockout was the fourth and most recent one in NBA history. Franchise owners began the 161-day work stoppage on July 1, 2011, and ended on December 8, 2011. The duration of the regular season was reduced from 82 games to 66 games. The previous lockout in 1998-99 had reduced the season to as short as 50 games. During the lockout, teams could not trade, sign, or contract players. Players were not allowed to use NBA team facilities, trainers, or staff.

What was the reason for the NBA Lockout?

Basically, a disagreement took place between team owners and the NBPA (National Basketball Players Association) took place which led to the 2011 NBA lockout. The issue pitting both sides against each other was revenue division and salary cap and tax division. Owners wanted players’ basketball income reduced from 57% to 47%. Owners wanted to introduce a hard salary cap and luxury tax whereas players wanted to maintain the soft salary cap structure. As both sides failed to agree, the Lockout began and all games till December were canceled.

On November 26, both parties reached an agreement to end the lockout. The new revenue split was 49-to-51.2% with a durable salary cap and more luxury tax. After this agreement, players were allowed to use team sites for training. After the deal happened officially on 8th December, training camps, trades, and free agency began the next day. During the lockout, many players signed deals abroad with an option to return to the NBA if the lockout ended.

When did the NBA Lockout first take place?

A total of four NBA Lockouts have taken place to date. The first one was the 1995 NBA Labor Dispute and lockout. This period was 3 months long before the 1995-96 season and no games were lost. The next year in 1996, a work stoppage took place but this was a very short incident as things got back to normal within three hours. It happened in the off-season so no games were omitted.  The 1998-99 lockout was a serious time stoppage that was capable of wiping out the whole season. The 204-day long halt ended but caused serious damage. A total of 464 regular-season games did not happen during this lockout.

How did the NBA Lockout impact the players and the league?

A series of incidents took place during the lockout including semi-pro tournaments and league controversies. Many journalists stated that NBA Commissioner David Stern is a racist on many occasions. Journalist Bryant Gumbel said that Stern treated NBA players like they were his hired slaves and kept them in their place. As the majority of players were black and team owners white, news channels popularized such comments. NBA legend Magic Johnson defended Stern and said that he in fact promoted black players. The NBA lost $400 million in revenue during the lockout.

Many players, as close to 100, considered playing abroad during the lockout. Few players like Deron Williams, Kenyon Martin, and Tony Parker played in countries like China and France. Other players decided to stay in the USA as they didn’t wish to change their current lifestyle. Majority of players played in pick-up games and semi-pro tournaments like the Drew League. An NBA players-only tournament named  Impact Basketball Competitive Training Series was organized in Las Vegas.

A dispute between FIBA and the NBA also took place during the lockout. FIBA stated that the NBA was responsible for their players’ injury insurance during the qualifier tournaments for the 2012 Olympics. This means that national squads that have NBA players on their team must cover their entire insurance during international events. Many city Mayors wrote to the NBA to resume the season as it was having a negative effect on their city crowds and also affecting their economy.

The NBA lockout ended on November 26, as both sides reached an agreement. The dissolving of the NBPA on November 14, resulting in lawsuits against the league. Team training sites started working on 1st December and training camps a week later. The NBA lockout had an impact on the revenue of television and advertisement networks as well.

Also Read:  How Many Times Has DeMar DeRozan Changed Teams In His NBA Career?

Is Sharife Cooper the Most Underrated Draft Pick this Year?