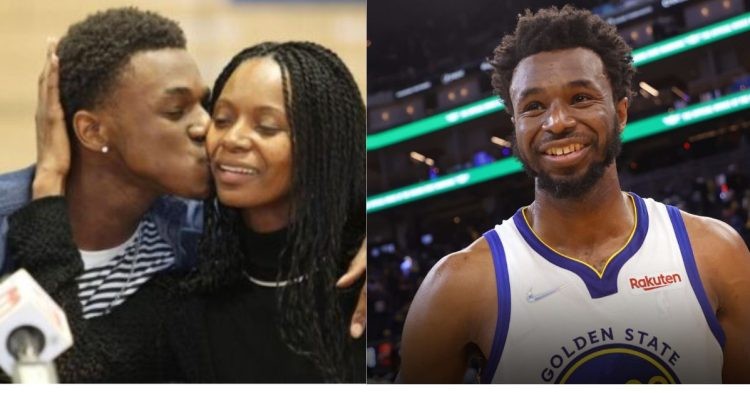 Andrew Wiggins has helped bring a championship back to the Golden State Warriors with his play in the 2022 NBA postseason. The #1 pick of the 2014 draft was heavily criticized during his early years on the team. Moreover, everyone thought he was a “bust” and not a “real #1 pick” like LeBron James. Therefore, no one thought much of the Warriors’ decision to obtain him in a deal for D’Angelo Russell.

Not many people know that Wiggins comes from an athletic background. It is quite common for NBA players hit the genetic lottery and have a gifted athlete for a parent. His father, Mitchell Wiggins is a former NBA player. His mother, on the other hand, is no ordinary woman. Marita Payne is a former Olympian.

We all know about the Olympics and how only the best of the best qualify for the biggest sporting event. Therefore, it is important to know who his mother is and what her achievements have been.

This is an accoladed career in itself. Additionally, Marita won medals and was no ordinary participant. She was given the bronze medal with the 4x 400 meters relay team in the 1979 Pan American Games. Payne was 19 years old at the time. She went on to help the American relay team win the bronze medal in the IAAF Athletics World Cup.

Marita Payne got even better and participated in the 1982 Commonwealth Games. There, she won the silver medal with the Canadian team. Over the next few years, she just kept winning medals. Her team won silver at the 1983 Universiade. The very same year, she won another silver medal in the Pan American Games. She was finally allowed to participate in the 1984 Olympics held in Los Angeles.

There she won two silver medals with the 4×100 and 4x 400 relay teams. Payne was so dominant an athlete that she even set the Canadian record for the individual 400-meter races. This was her absolute prime and she helped her respective teams win or come really close repeatedly.

One must wonder if this is how the tale ends, without her winning a coveted gold medal. She did indeed win the gold medal in the 4x 400 relay race in the 1986 Commonwealth games. This is somewhat similar to her son, who was performing well early in his career but managed to win after years of working on his game.