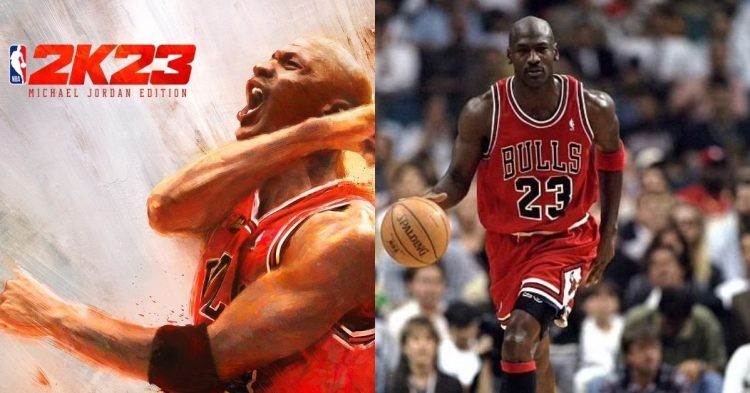 The NBA 2K23 video game is set to release in a few months. The 2K company has already begun sharing sneak peeks and tells into what the game is expected to look like. This is in order to keep the public hooked and engaged with the product in order for it to do better. It has been confirmed that Michael Jordan will be the cover athlete for this year’s special edition.

One must wonder why the makers of the game chose Jordan instead of one of the many great current players in the league. The answer to this question is quite simple.

It is true that LeBron James has worn the same number. Be that as it may, Jordan is instantly associated with the number 23 and the greatness that is expected from it. MJ arguably had the greatest prime of any NBA career. Therefore, the game makers decided to give tribute to the 6X NBA champion and the GOAT by bringing him back as the cover athlete for this edition.

It is important to note that the game also plans to have a “Championship Edition“. That is another reason MJ fits right in. The word “champion” is probably the first and most important in Jordan’s dictionary.

People also forget exactly how popular Michael was and still is. He is still one of the biggest names in the sports industry. Moreover, he can be compared to other all-time greats like Muhammad Ali and Tiger Woods as “the best to ever do it“.

Even today Jordan basketball merchandise dominates the market. Any random stranger in a public place has a good chance of knowing who MJ was and a little bit about the Chicago Bulls. It is highly unlikely the same person would be that knowledgeable about a modern-day star such as Devin Booker; why by the way is the cover athlete of NBA 2K23.

MJ has already been a cover athlete for the NBA 2K series before. First in 2011 and 2012, then in 2016. Moreover, the 2K11 and 2K12 versions are widely considered the best. Therefore, placing Jordan on the platform ensures the fans eagerly expect something special. They would hope for a version that is better than the ones before it. These are all the reasons why NBA 2K23 has Michael Jordan written all over it.