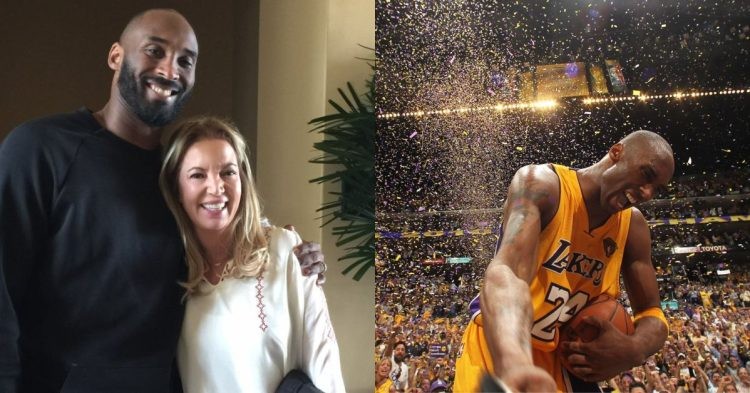 In the NBA, we’ve had legendary, world-class, and talented players. There are very few players who are above legendary statuses, like LeBron James or Michael Jordan. One player that surely has a place there would be the great Kobe Bryant. He passed away in a tragic helicopter crash with his daughter Gianna and a few others.

Since his passing, the entire world has come together to recognize the work Kobe had done. Both LeBron and MJ are elite mainly because of their basketball abilities. But Kobe is part of the conversation because of what he meant to the people and how he inspired them. The way he inspired every Lakers fan every day should not be ignored.

I miss KB. He would understand and explain everything that I’m not allowed to. Honestly he was the greatest Laker ever. He understood team over self. Meaning your rewards would come if you valued team goals over your own then everything would fall into place. All can reply.

A while ago, Jeannie Buss, the organization’s president tweeted about Kobe. She said, “I miss KB. He would understand and explain everything that I’m not allowed to. Honestly he was the greatest Laker ever. He understood team over self. Meaning your rewards would come if you valued team goals over your own then everything would fall into place. All can reply”.

Is Kobe Bryant the greatest Lakers player of all time?

As Buss said, Kobe always prioritized the team. He valued the Lakers’ goal over his accomplishments and that’s what made him the player he was. The Black Mamba understood every individual on his team and he knew that he had to do that to get the best out of each one of them.

That’s not all, Buss also clarified her tweet. The interview was about a documentary on the Lakers franchise: “Legacy”. The interviewers asked Jeannie about her tweet in July. She said, “In my opinion he’s the greatest laker ever. I mean, you can debate that. But I’m wearing the Mambacita T-shirt and the bracelet for Gigi and Kobe. I think for what Kobe stood for, what he meant to our fans, how he overcame adversity, you know.”

The Lakers franchise has seen some royal players over the years. Kareem Abdul Jabbar, Magic Johnson, Kobe, and Shaq are all part of the team’s best. To say Kobe has the edge over all of them speaks at length about the kind of player he was.

“Winning the three-peat with Shaq, then Shaq leaves. And then bringing the team back with Pau Gasol, and winning two more championships. He really showed by example what can happen with hardwork and the Mamba mentality,” Buss continued.

If we’re being honest, we all can agree with what Jeannie said. Replacing a player of Shaq’s caliber is not easy for any team. And to think that Kobe didn’t have any other support in that after Shaq is astonishing. He won two more championships with Paul Gasol after his star center left. In an interview before his death, Kobe revealed that Bill Russell once played a part in helping him win two more rings.