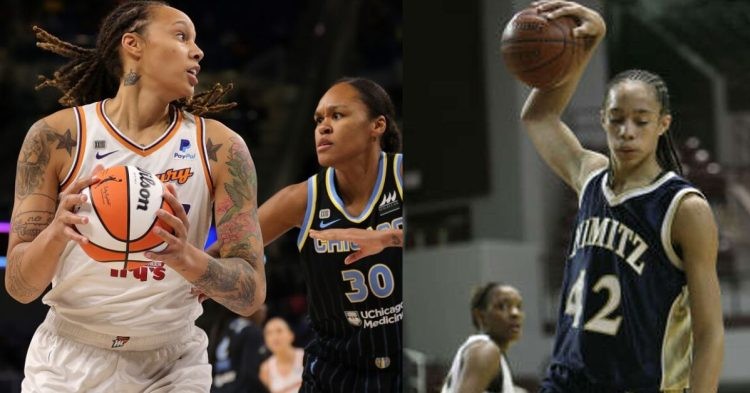 Brittney Griner holding a basketball on the court (Credit: Twitter)

Brittney Griner is considered one of the best WNBA players. She was a prodigy during her high school days and managed to keep working on her game all the way to becoming an elite WNBA star. What made BG special was her ability to dunk, something that very few women in the world can do in a professional setting.

Griner discussed her growing abilities and feelings that came along with dunking a basketball. Additionally, she revealed how a viral video boosted her into the spotlight from a young age. Doing so gave her a feeling of stardom. Fans must certainly be keen on understanding what BG had to say and more about the growth behind her popularity. Even before being drafted into the WNBA.

Dunking a basketball when only 16 years old is no ordinary feat. According to multiple sources, only around 1% of the world is capable of dunking on a regulation-size hoop. We would assume that this percentile would be filled with athletes in their absolute prime.

Nonetheless, 16-year-old Brittney Griner was able to accomplish the same. She revealed how the experience felt and what happened after she began successfully dunking the ball.

“It’s not every day that you see a sixteen-year-old girl dunk. And I could dunk easily. In January 2007, during my sophomore season, somebody made a video of me, ‘High School Girl Dunker’ and uploaded it on YouTube. It went viral and that’s when the media really started paying attention.”


Griner went on to explain that she could do a lot more than just dunk. That played a huge role in the recognition she began to garner from the media and other basketball fans.

“Obviously, it helped that I could do more than dunk… I averaged 22 points and almost 11 rebounds and 6 blocks a game that season. And by the end of spring, I had grown to 6’6… I was feeling pretty good about my body. I was getting stronger and being an athlete gave me a sense of focus.”


Other than the matter of being arrested, Brittney Griner can truly be considered a player who inspired plenty of women to become basketball players. We hope she is able to successfully return to the court for her team, the Phoenix Mercury, this upcoming WNBA season. After all, there are barely any players in her league who can do what she can.