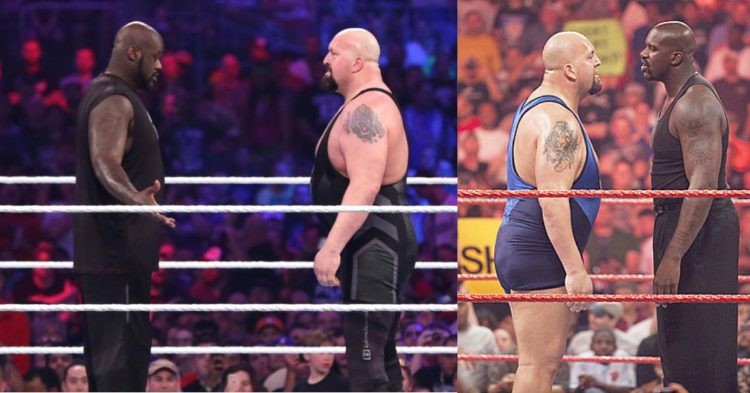 Shaquille O’Neal is well-known in the world of sports for his accomplishments in the NBA. Moreover, he has participated and engaged in several extracurricular activities off the court. We already know Shaq is the host of a podcast, Inside the NBA anchor and businessman.

Be that as it may, not many NBA fans are aware of his love for Wrestling, namely through the WWE industry. This actually happened several years ago. The Los Angeles Lakers legend showed up as a surprise guest in the WWE event, “WrestleMania”. One may wonder how this appeared and what acts he engaged in to entertain the audience.

There seems to be a unique passion for the world of wrestling among NBA players. In fact, former NBA player Dwight Howard has expressed his intent and desire to pursue a career in wrestling. While Shaq has not made it a full-time career, he did try his hand at it during WrestleMania 32.

Sports fans judge WWE and consider it to be fake, scripted, and completely unrealistic. However, it is difficult to deny that there is a form of awe and entertainment in witnessing these giants compete in amusing costumes.

Speaking of giants, at 7ft 1 in, the Diesel seemed to tower over 17 other wrestlers who were present in the ring to greet him during his guest appearance. What happened next was quite fast-paced and had an enjoyable twist.

Shaquille O’Neal decided to size up and start engaging in a conversation with “Big Show“, one of the few people there who looked somewhere in Shaq’s height range. “Kane” another large and very famous wrestler approached both of them. He appeared to be neutral at first. However, he soon instantly engaged in his act and grabbed Shaq by the neck.

Just as dramatic as WWE tends to get, Kane decided to grab Big Show by the neck as well. Now, he had one person with each arm. In a hilarious turn of events, both Shaq and Big Show, who pretended to struggle at first, grabbed Kane by his neck and threw him on the ground.

There is no way Shaq would sign up for an appearance on WWE just to get the lower end of the stick. Moreover, this is a much more realistic scenario of “what would happen in that situation?”. We are seeing the NBA legend live the best version of his life.