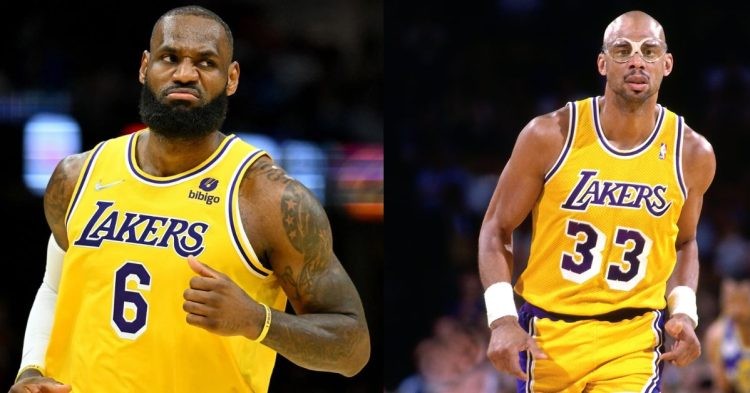 LeBron James is one of the best players of all time. There haven’t been many players to have a career like the LA Lakers star. He has been at the top of the league ever since he got drafted at No.1 in 2003. The Cleveland Cavaliers acquired the player and he went on to become their best player ever. Let’s have a look the best plays of his career.

Since Joining the NBA, LeBron has played in 1,366 games, for the Cavs, Miami Heat and Lakers. He has averaged 27.1 points, 7.5 rebounds, and 7.4 assists per game throughout his career. He is the leading scorer in the league among active players. The player in second place is Carmelo Anthony, who is behind by almost nine thousand points. When it comes to the all-time list, Kareem Abdul Jabbar sits on the throne.

How many points does LeBron James need to pass Kareem Abdul Jabbar?

Kareem has been at the top of the list for a while now. The former Lakers man broke the record in 1984 and scored his 31,420th point. He made the record his own after retiring with 38,387 points.

Kareem even broke the record with his iconic move; the skyhook. He marked his name as one of the best players of all time after passing Wilt Chamberlain to become the top scorer.

As far as statistics go, LeBron isn’t far behind Kareem. To be specific, he is only behind by 1,325 points. It is highly likely that LeBron breaks the record in the upcoming 2022-23 season.

LeBron James only needs to average 16.2 PPG next season to pass Kareem for the most points scored in NBA History.

To get the record, LeBron would only have to average 16.2 points per game in the regular season. That will be sufficient for the 37-year-old to become the leading scorer in the NBA. The American has averaged at least 20 points per game in each season in his NBA career.

It is clear that LeBron will become the number one scorer next season unless he is forced to miss games due to injury. Regardless, even if he doesn’t break it next season, we can be sure he will the following season. Despite his age, he has admitted that he still has the “win or bust” attitude, which means the King will still try to win a ring with the Lakers.