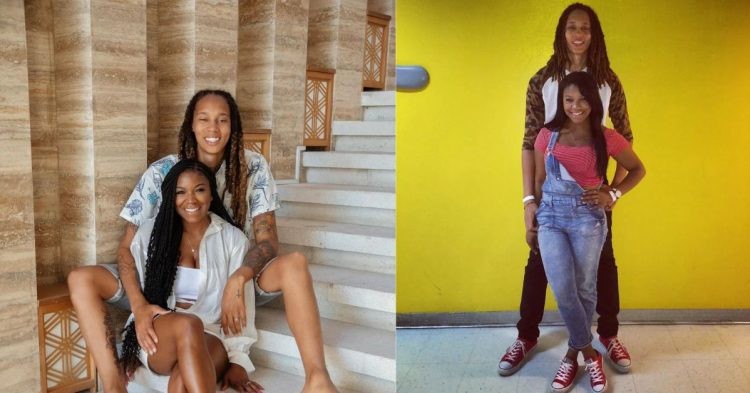 WNBA star Brittney Griner has been on the news for a while now after her return home from Russia. The 8x All-Star was imprisoned for 10 months. The Olympic gold medalist has had a terrible year, after getting arrested, for smuggling drugs. However, her family didn’t leave her side, especially her wife, Cherelle Griner. With this let’s take a look at how the couple first met each other.

Cherelle and Brittney met each other during their college years. They both attended the same college, Baylor University in Texas from 2009 to 2013. One might think that they started dating each other right after, however, that is not the case.

“I will never forget the day I met you at Baylor in the sub area!” Brittney wrote on her Instagram post in 2020. “You tapped me on my shoulder and told me I took your milkshake (still up for debate lol) and I was immediately blown away at your beauty!” continued Griner. The two didn’t hit things right off, but it was years later the two decided to become a couple.

When did Brittney Griner and Cherelle Griner get married?

The couple spend 10 months engaged before they finally decided to tie the knot and get married. Brittney and Cherelle tied the knot on June 18, 2020. The couple is still going strong despite Griner’s absence from Cherelle’s life. “Your love never wavered with me at any point if anything it grew and you have showed me how to love and how to be loved!” said Brittney on her Instagram post, on their 1st anniversary.

Even when Brittney was in Russia, she managed to send her wishes to Cherelle, before her bar exam. Cherelle has been a supportive wife and did the best she could to get Brittney Home, and she did. It is fair to say, that the couple loves each other unconditionally and will do their absolute best to keep their marriage alive.