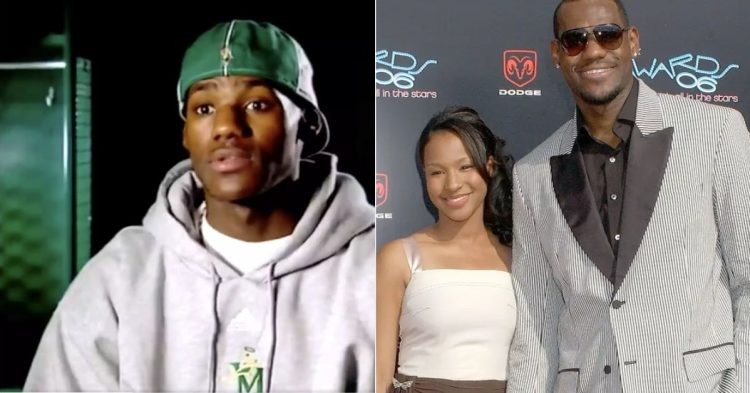 LeBron James and Savannah over the years (Credit- Twitter)

LeBron James is perhaps the most one of the most famous athletes in the world. He has several accolades and an illustrious career. LeBron James married Savannah James in 2013. Moreover, they have been together since much before that. One must wonder how these two met and the backstory to their relationship.

King James and Savannah have three children. They are Bronny, Bryce, and Zhuri James. Bronny is 17 years old and was born in 2004. Therefore, people must wonder how far back LeBron and Savannah go and where it all began.

This power couple met during their teenage years and are high school sweethearts. They have been supportive of each other despite various changes and challenges they faced over the years. Yet their marriage is still going strong.

Describing their relationship as a pair of “high school sweethearts” may not be entirely accurate. This is because they were never actually students in the same school. Instead, Savannah was a cheerleader for an opposing high school when King James first set his eyes on her. Therefore, there was a bit of rivalry and competition in the air when they first met each other.

LeBron was clearly interested in Savannah and attempted to make a move on her. According to several reports, it was during a football game, that LeBron James asked her for her phone number in order to pursue a relationship. However, Savanah was quite an independent woman and decided to flip the script on Bron and asked him for his phone number instead.

This was probably not what King James was expecting and men are usually expected to make the first move. Therefore, he had no choice but to give her his number and hope that she would one day call him. It is interesting to know that his superstar position had little to no impact on impressing his future wife as he attempted to woo her.

The rest of the details surrounding the relationship were mostly hidden from the eyes of the public and media. They soon went on dates to steakhouses and other eateries and developed their bond and chemistry. They finally got married only after their second child Bryce was already born and their daughter Zhuri soon followed. This shows that they let the relationship take its course naturally and did not rush the process.

We must wonder if Savannah played hard to get when he asked her to marry him. Especially considering she had two children with the man at the time.