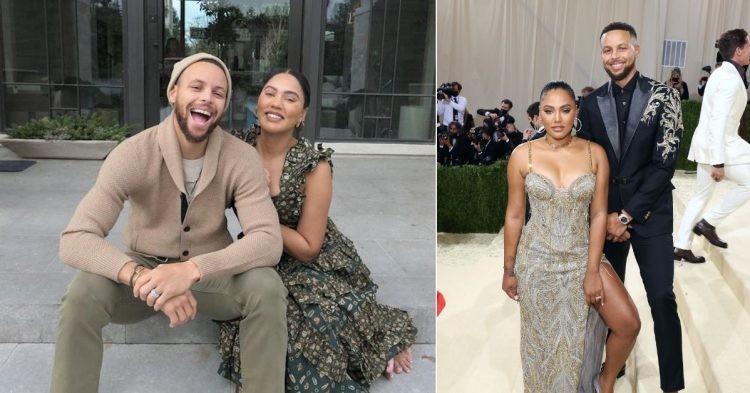 Steph Curry and his wife Ayesha are perhaps the most famous and recognized couple in the NBA. They have been married for more than ten years now and have three children. The children’s names are Riley, Ryan, and Cannon Curry. Both Steph and Ayesha were 23 years old when they got married

Considering that their marriage is still going strong, one must wonder what connection they have and how they even met in the first place. There are several people in unhappy marriages, people who are unable to keep the “spark” alive. Yet these two have managed to stay steady throughout all these years.

Some NBA players are perhaps even more famous than certain actors and celebrities. They have millions of fans, some of which could even be unhealthily obsessed with or attached to them. Therefore, finding someone who is genuinely interested and has been there since the beginning is extremely rare. Yet, this is exactly what happened to Steph.

There are several players who love to party. They live life and spend money in clubs and on women like there is no tomorrow. Not to much surprise, these athletes are much slower in understanding the value of love and the meaning of commitment. However, this is not the case for the Curry couple.

They have known each other ever since childhood. Steph and Ayesha revealed that they actually met at Church in North Carolina. Moreover, they were mere teenagers at the time and this was well before either had felt any form of publicity or fame. Despite meeting during adolescence and being mutually attracted, their dating life only began later.

Steph soon started his career with the Golden State Warriors. Ayesha chose to move to Los Angeles and pursue her dreams as an actress at that time. Therefore, they both fell out of each other’s notice. However, Curry went to LA to attend the ESPY awards. (Excellence in Sports Performance Yearly Award). There, he chose to reconnect with “an old friend” and they spent the day together.

That one day soon turned into over a thousand as they fell in love and decided to have a future together. Curry has always spoken about how much she has done for him and vice versa. The most beautiful aspect of their relationship is how they support each other in their varying endeavors.