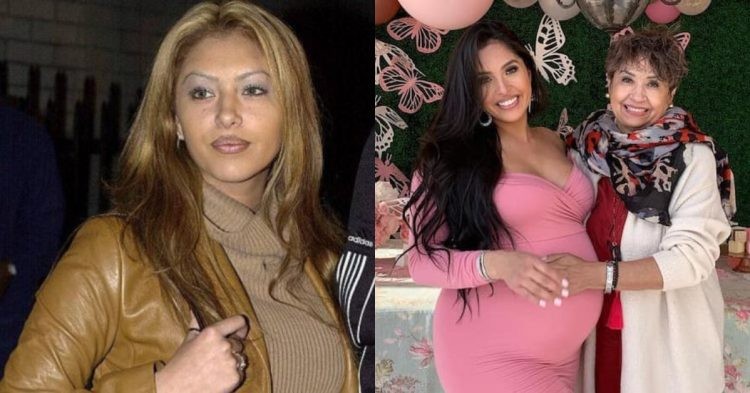 With Kobe Bryant‘s death in 2020, his wife Vanessa Bryant is now alone raising her 3 daughter’s as a single parent. However, she is quite in a similar situation as her mother Sofia Laine. The only difference is that Kobe died in a tragic accident while Vanessa’s father left them at the time when they were born.

Sofia Laine is the mother of Vanessa Bryant and Sophie Laine. She was born on October 4, 1952. Sofia raised her two daughters single-handedly without her husband. Following this, in 1990 she married Stephen Laine but later got a divorce in 2002. The 71-year-old currently has a net worth between $5000-$20,000. However, a chronic back injury made her work as a shipping clerk.

Among the two daughters, Vanessa was quite close to her mother. At the time when Vanessa went out with her friends, she used to call her to ensure that she is safe. Following Vanessa’s engagement with Kobe at the age of 18, Sofia also became quite close to Kobe. At the time of their marriage, as Kobe’s family was against them, Sofia remained the only parent figure for the two.

Following Kobe and Gianna’s tragic accident, Vanessa Bryant credited her mother, for being the support system referring to her as the rock, that she needed at that time. She also thanked her for looking out for her daughters at such times. As Vanessa was quite close to her mom, the incident made their bond stronger than before.

However, their bond didn’t last long following the lawsuit filed by Sofia on her daughter Vanessa Bryant in 2021.

According to sources, on August 4, 2021, Sofia Laine filed a lawsuit against Kobe Bryant’s estate claiming that he promised to support and take care of her life. She also sued her daughter Vanessa for $5 million for $96 per hour working for 18 years as a babysitter for the Bryant Family.

Thus, the legal dispute between them got resolved after two days. No further details were disclosed.

With the case dismissed, Vanessa then took to her Instagram page. She wrote of her mother’s false claims of Kobe promising to support her. According to Vanessa, her mother after Kobe’s death is finding ways to extract money by bringing out the past life.

She also claimed of supporting her mother for 20 years and the fact that she never worked as a babysitter for her family. “In reality, she only occasionally babysat my older girls when they were toddlers. As of ten years ago, our kids were full-time students and athletes and I didn’t have another child until 2016.” – she said.

Following this, in an interview with Univision, she revealed the insights. “For starters, I would like to state that I do not enjoy airing our family grievances in the public.” – she said. Further continued giving details and insights on the things claimed by her daughter stating it to be false. Vanessa also further commented on the matter.

Following the incident Sofia’s ex-husband also spoke on the matter and revealed of Vanessa purchasing a house worth $1 million for her mother. However, Sofia denied those claims.

However, since then, the two are not on speaking terms and Vanessa has struggled a lot in maintaining such disputes. Despite this, she is continuing to provide love, support, and honor for her 3 daughters and her late husband and daughter.