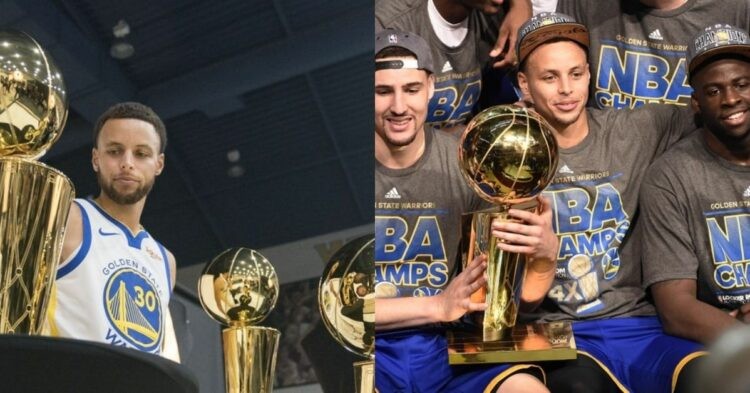 The Golden State Warriors have made the NBA Finals yet again. They were missing from the playoffs for 2 years, and they have returned with a bang. They knocked out the younger Mavericks and Grizzlies, re-establishing themselves as the dynasty of the West.

The Warriors have dominated the past decade after the Lakers were the top dogs in the West for well over a decade and beyond. And fascinatingly, they did it in the free agency era with a core that they developed themselves. The Warriors drafted each of their championship-winning core, Stephen Curry (2009), Klay Thompson (2011), and Draymond Green (2012).

They now stand the chance to be the outright third-best team in the NBA behind the Boston Celtics and the Los Angeles Lakers. The Warriors have a chance to win their 7th NBA Championship this season. And potentially overtake the Chicago Bulls with whom they are tied at 6 apiece.

The Golden State Warriors, or as they were known then as the Philadelphia Warriors had a perfect start to life. They won the inaugural BAA 1946-1947 season led by Joe Fulks. After the NBA merger in 1949, the NBA recognized it as the first championship and it remains so.

Hall of Famer Paul Arizin led them to their second championship in the 1955-1956 season. A decade of struggle followed despite the signing of the legendary Wilt Chamberlain. The Warriors finally returned to glory after a name change to become the Golden State Warriors as we know them today.

A historic upset in the 1975 NBA Finals against the Washington Bullets brought home the first title for the Warriors in the West. Rick Barry won the Finals MVP award and was rewarded after years of persistence with the team.

After years without success on the silverware front, the Warriors struck gold in the draft.

After drafting Stephen Curry in the 2009 NBA Draft, they continued with smart roster-building decisions. While Steph developed his game, Klay Thompson and Draymond Green joined him in the 2011 and 2012 NBA drafts respectively.

The arrival of coach Steve Kerr, former championship-winning Bull, morphed the Warriors into a formidable team and they shot to contention in his first season. They finished the league with a franchise-best win record and reached their first NBA Finals since 1975.

Subsequently, they defeated LeBron James and the Cleveland Cavaliers to win their first NBA Championship in over 40 years. After a historic Finals collapse to the Cavaliers in the next season, the Warriors added Kevin Durant to their already imposing lineup of All-Stars.

Kevin Durant helped the Warriors steamroll through the West in the regular season and reach the NBA Finals in all his contracted seasons. The Warriors won the NBA Championship twice on the trot in 2017 and 2018. KD won the Finals MVP award in both Finals.

However, he left the franchise after their loss to the Toronto Raptors in the 2019 NBA Finals. The Warriors lost Klay Thompson due to an Achilles injury in the 2019 Finals and started a rebuild of sorts around their original core. They took 2 years to build through the draft once again, and are back as the best in the Western Conference.

This time, they have a mix of seasoned veterans from a championship dynasty and a younger, and hungrier core of talented players. Jordan Poole, Andrew Wiggins, Moses Moody, and Jonathan Kuminga represent the next frontier for the Warriors. And it does not bode well for the rest of the league. Are we on the brink of another dynastic domination by the Warriors?