How Many Times Has Stephen Curry Been to the Finals? 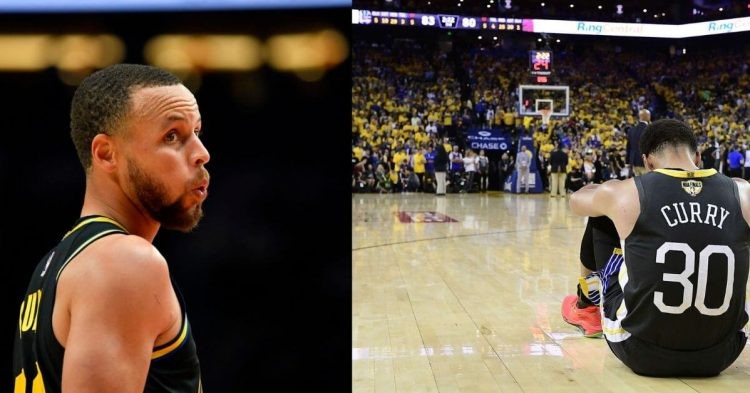 Stephen Curry is making history as he carries his team, the Golden State Warriors through the NBA Finals. He recently made the top 3 oldest players who scored more than 40 points in a finals game. This speaks to the Unanimous MVP’s greatness. One must wonder how many times he has made the finals in his career.

It is important to remember that Steph was drafted by Golden State. Therefore, he has grown into a star from his days as a rookie with the same franchise. He has definitely spent the prime of his career with the warriors, if not all of it.

Coincidentally, this is the same number of times Michael Jordan made the Finals in his whole career. However, MJ does have a flawless record and 6 championships to validate those trips. On the other hand, Curry has 3 championships in his 5 trips prior to this one.

His first trip to the NBA Finals came way back in 2015. This was the same year LeBron James left the Miami Heat and “came back ” to the Cleveland Cavaliers, who now had Kyrie Irving and Kevin Love. This Cavs core led their team to dominate the Eastern Conference and meet the Warriors in 2015.

Despite King James having a 2-1 lead in the series, Curry and the Warriors eliminated the Cavs in 6 games. However, both Kyrie Irving and Kevin Love were injured for the finals series. The Warriors would win the series in 6 games.

2016 was the year when GSW had a 3-1 lead on the Cavs. Additionally, they were coming off a dominant 73-win season and were the clear-cut favorites to win this series. However, LeBron and Kyrie tracked down the deficit and eliminated the Warriors in 7 games.

2017 and 2018 were the peak years of the Golden State dynasty. They had recruited Kevin Durant in the NBA offseason and were looking to dominate the league. KD and the warriors were unchallenged for those two years and won the finals.

The 2019 NBA Finals trip can be considered one of the darkest in GSW’s recent history. Not only did they lose to Kawhi Leonard and the Toronto Raptors, but both Klay Thompson and Kevin Durant were seriously injured in this series.

Stephen Curry and GSW have taken 3 years to get here. They will look to win this title which will be his 4th ring.

Did Jaylen Brown Get a NASA Internship?