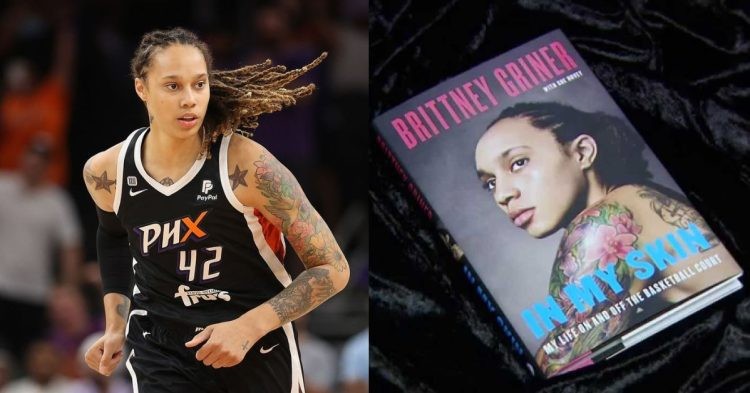 Brittney Griner in the past few months has suffered a lot. Griner spent nearly 10 months in a Russian prison before coming back home. She’s been a victim of harassment on the internet, where someone questioned her sexuality by editing her photo. There have been tough times for the Phoenix Mercury star. She voiced the harassment faced by her in school, in her memoir which was released back in 2014.

Griner today is one of the top WNBA athletes, she is an Olympic gold medallist with the US women’s basketball team. Not many can call themselves gold medalists, especially her peers in high school who bullied her. In her book, she admits that she wasn’t the brightest and the most popular of kids, but was the opposite. Due to her appearance, she struggled to fit in with the other kids at school.

Griner has always been different from other kids, which made her life harder. Brittney revealed that she was a few inches taller than other girls, yet her physical development was much slower.

“The teasing and mocking, the verbal bullying, began sometime in sixth grade. I was at Humble Middle School now, with lots of new faces, and I was at least a few inches taller than most girls in my class, but not developing in the same ways they were. I felt like a physical misfit, my body flat and thin, my voice low-a combination that gave my classmates all the ammunition they needed.”

“Most of us were always testing each other in some way, teasing, making cracks, the typical kid stuff at that age. But as we settled into our surroundings, the interactions grew more cruel.” she mentions in her book ‘In My Skin: My Life On and Off the Basketball Court‘.

Despite all the bullying and harassment, Griner has established herself as one of the best basketball players in the WNBA. Griner was the first overall pick in the 2013 WNBA draft. Her height which was one of the reasons which got her bullied turned out to be her biggest strength. She has achieved numerous accolades in her basketball career.

The 8x WNBA All-star, after coming back to the US has decided to resume from where she left off. She has won a WNBA championship with the Phoenix Mercury, 4x EuroLeague, 3x Russian National League championships, and is a two-time Olympic gold medallist. The list of achievements goes on for Griner. She has endured all the struggles and hardships, that have led her to be a WNBA star.