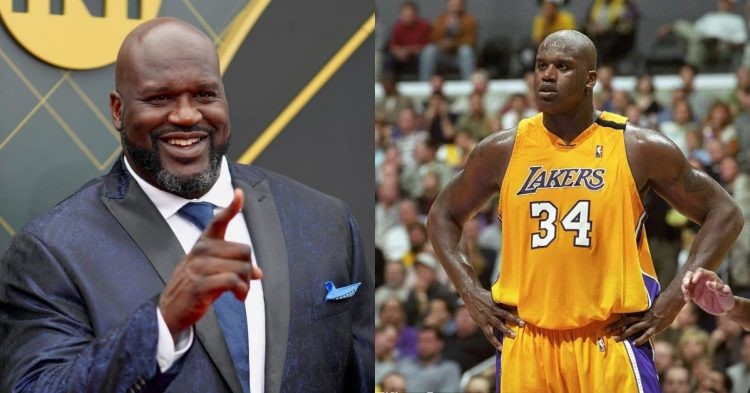 Shaquille O’Neal played in the league for 19 years at various franchises, the LA Lakers, and Miami Heat being the more notable ones. During his time, he was a dominant force that no one could stop, literally. He often managed to bully his way through defenders to the rim. Among the many players to make it in the corporate world, Shaq is definitely one of them. He has built a successful business empire off the court.

Shaq has been offering some words of wisdom to his fans over the past couple of days. He released a new episode of the Big Podcast with Shaq with Nischelle Turner and Spice Adams. On the podcast, the 50-year-old has been more open about his lifestyle and mindset when it comes to important decisions. He even revealed his philosophy when it comes to start-ups.

O’Neal is a busy man, his many ventures require him to constantly work. However, he still finds the time to involve himself in different things, such as TV, commercials, and much more. Nischelle asked him how he manages his time with so many things to do.

Shaq said, “With me, it’s always eight, eight, eight. I worked my butt off. What am I gonna do, party? Party is not what I do so I go to my restaurant and I chill, and I sit I do my meditations right.” Many of us are struggling to find the right approach to managing our time. The Diesel has given us some exclusive advice when he said the 24 hours in a day could be split into three.

Eight hours could be for work, eight hours for resting/sleeping, and the other eight could be playing or any other activity you have. When it is split equally, the time you spend on everything could be used more effectively and none would be wasted.

Shaq continued, “And then when I come home, I’m resting/sleep. I never get 8 hours of sleep so I probably work 10-12 hours and it takes off my chill time or sleep time. Keep it simple, stupid. A lot of people ‘why you doing all that’. Everybody has the same 24 hours and mine is eight, eight, eight. I will never break that philosophy”. Shaq answered the question once again by saying “whenever a situation is difficult, you have to simplify it to its simplest form”.

He revealed that he never gets 8 hours of sleep. That shows the sacrifice Shaq is willing to make to work. He gives up his sleep to work a few hours more. That should explain why he managed to rack up a net worth of $400 million. The millionaire’s advice on how to manage time will be helpful for every person that wants to make it.