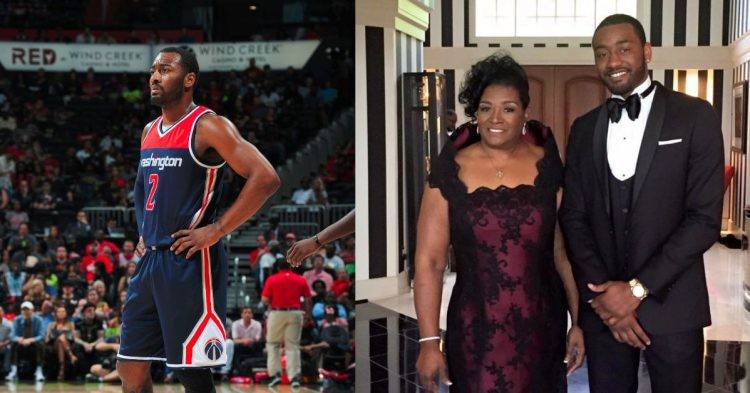 The NBA is evolving nowadays. Players are now encouraged more to speak about their mental health and the troubles they face. NBA stars have come out and revealed the problems they overcome daily. Many athletes support each other in times of need, whether it is to offer words of comfort or to be just there. However, despite all this, John Wall was not able to be vocal about his issues.

He recently revealed that he was not in a good place mentally. After his comments on his situation, certain players like LeBron James have backed Wall in the mental warfare.

The last time John played continuously was in the 2020-21 season when he played just 40 games. He missed the entire year before that when he tore his Achilles with the Washington Wizards. In the 2020-21 season, Wall averaged 20.6 points, 6.9 assists, and 3.2 rebounds, showing he still had some left in the tank.

However, tragedy struck the American when his family were falling ill. First, it was his mother, Frances Pulley, who passed away at the age of 58. She had a long fight against breast cancer before losing in 2019. Just a year later, Wall lost his grandma during the COVID-19 pandemic.

“I thought about committing suicide. Tearing my Achilles, my mom passing, my grandma dying a year later, in the midst of COVID. Me going to chemotherapy, sitting by my mom taking her last breaths wearing the same clothes for 3 days straight.”

Wall spoke about his mental health recently. He said, “Darkest place I’ve ever been in. At one point in time, I thought about committing suicide. I mean, just tearing my Achilles, my mom being sick, my mom passing, my grandma passed a year later, all this in the midst of Covid and at the same time, me going to her chemotherapy, me sitting by my mom taking her last breaths wearing the same clothes for three days straight laying on the couch beside her.”

When his grandmother passed away, Wall was on the recovery road from his heartbreaking injury. It all became overwhelming for the NBA star when he was struck with multiple devastating blows.

And I mean ALWAYS!!!!!! Don’t ever question it bro!! Proud of you @JohnWall https://t.co/KtDBmzvRgK

After he let the world in on his mental health, many from the industry came to his support. One of the most notable ones was a fellow NBA star, LeBron. The LA Lakers player tweeted, “And I mean ALWAYS!!!!!! Don’t ever question it bro!! Proud of you” as he replied to Paul Rivera’s tweet that mentioned him always having Wall’s back.