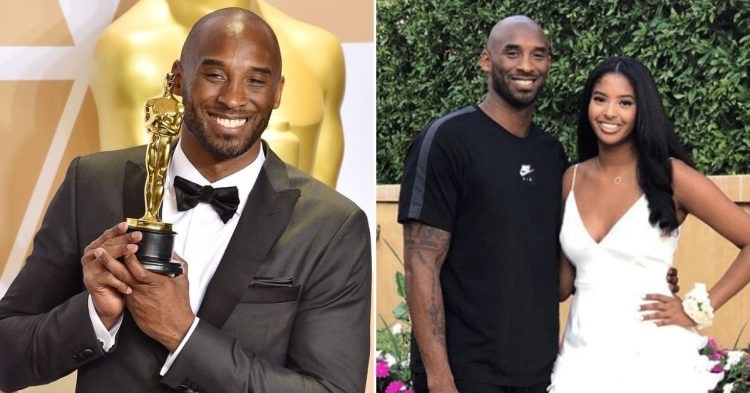 Kobe Bryant was one of the most influential athletes of his time. He inspired millions of fans from all over the world and still is a huge figure in the world even after his tragic death. Apart from the brilliance he displayed on the court, Kobe did absolute bits off it as well.

For the fans who do not know, the former LA Lakers star boasts a prestigious award to his name. He is part of an exclusive club to have won the renowned Oscar award, which many yearn for. And now, it looks like he has inspired the next generation with his legendary win as well, as he always has. His daughter, Natalia Bryant, has revealed in the past that she wants to win an Oscar like her dad as well.

What did Kobe Bryant win the Oscar for?

The Black Mamba produced a short film titled ‘Dear Basketball.’ The movie was directed by Glen Keane, and John Williams, the music composer who also played a vital role in the success of the Star Wars franchise. As he was accepting his award, Kobe said, “To my wife, Vanessa; our daughters, Natalia, Gianna, and Bianka; ti amo con tutto il cuore [I love you with all my heart]. You are my inspiration. Thank you so much.”

Kobe mentioned that his daughters, Vanessa Bryant, were his inspiration. Now, it certainly looks like the opposite has happened. In an interview with IMG Models, she said, “I want to win an Oscar. I’m not sure for what, or for what Oscar category, but that’s on my list. And I want to make a film where I can incorporate fashion and those fashion aspects, and I think combining my two passions, that’s just amazing. I want to be able to do that.”

Natalia signed with IMG Models in February 2021, and has featured for various brands, including Beyoncé’s ‘Adidas Ivy Collection.’ It sure looks like she has her eyes set on a goal, which is adding another Oscar award to the Bryant family’s trophy cabinet. However, the 19-year-old is unsure of what category she is aiming to excel in.

She has expressed her admiration for the fashion industry and believes in herself to produce a film where her unique ideas of fashion are implemented. It isn’t all that shocking that she wants to win the award like her dad.

Just like her, Gianna was also an ambitious young girl. She had the same hunger that the Black Mamba displayed on a daily basis, which was why she was called ‘Mambacita.’ Natalia, on the other hand, is making steady improvements in her career, with the guidance of her mother, Vanessa.