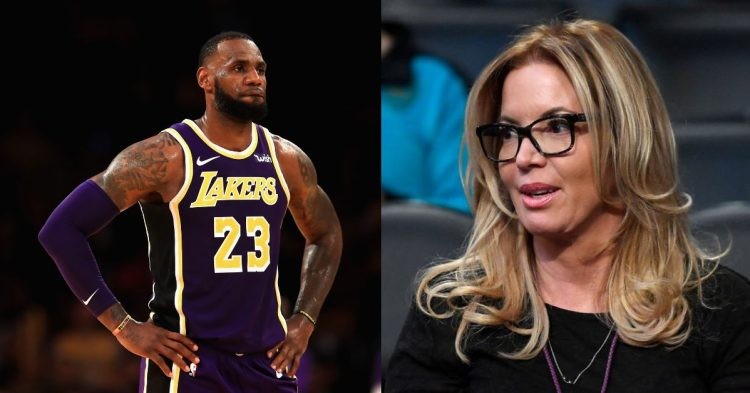 LeBron James currently plays for the Los Angeles Lakers and is one of the best players on the team. He last title win was in 2020 when he led the team together with Lakers center Anthony Davis. Since then, the franchise has not been able to qualify for the playoffs.

After missing the playoffs two years in a row, it seems like the franchise is on a mission next season. They have hired a new coach, Darvin Ham and signed a talented defender in Patrick Beverley. The goal will surely be to win the NBA title next season. Despite signing Russell Westbrook, the Lakers were not able to make it work. They had to depend on LeBron and AD to bail them out at times.

At 37 years old, it looks like LeBron still has it. In the 2021-22 season, King James averaged 30.3 points, 8.2 rebounds and 6.2 assists in 56 games. He did miss important games during the season due to injury. His numbers show that Bron is still one of the best players in the league. In addition to that he is the most important one for the Lakers.

On The Crossover Podcast, Lakers president Jeannie Buss has revealed her wishes for LeBron’s future. She said, “With LeBron, we have a line of communication between the two of us, and he knows that he can reach me any time and vice-versa. And I think he feels appreciated. I know I appreciated that he signed an extension to stay here and continue to lead the Laker team.”

“He’s a fantastic leader both on and off the court, and I feel like we’re blessed to have him as a Laker. I want to see him retire as a Laker,” Buss added. The King recently signed a lucrative extension with the franchise and committed two more years. It is still unknown whether he will retire after that but it does seem likely for the American to retire as a Laker.

On the Crossover pod, @JeanieBuss talks Lakers drama, the @KingJames era, lessons from her father and her motive for producing the new @hulu series, “Legacy: The True Story of the LA Lakers.”

Jeannie also spoke about how special it is for a Lakers player to break a historical record. She claimed, “We have something that is coming up, which is he will probably become the all-time leading scorer in the history of the NBA, which would break Kareem Abdul-Jabbar’s record.”

LeBron is currently sitting in second place with 37,062 points on the all-time points scored in NBA list. The great Kareem Abdul-Jabbar is undoubtedly the first with 38,387.

Buss added, “Which, I’ll never forget when he did that, and Chick Hearn said, ‘This is a record that will never be broken,’ and here we are, somebody who is going to break it in a Laker uniform. And that has a lot of meaning to the organization, and to me personally.”

With James never averaging less than 20 points in a season, it is high likely that he will become the leading scorer of the NBA. To do that, he would have to just around 16/17 points in a game to beat Abdul-Jabbar’s record. Even if he doesn’t manage the feat and wishes to retire, he will look back on a great career, not just in basketball but all of sports.

“Lost an Amazing Grappling Match”- Kevin Holland Takes a Cheeky Dig at Khamzat Chimaev after his UFC 279 loss, Calls Out Stephen Thompson For His Next Fight