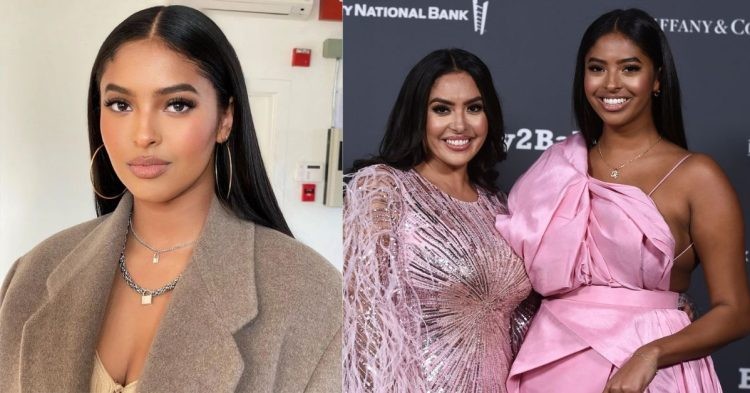 In March 2021, the eldest daughter of Los Angeles Lakers legend the late Kobe Bryant, got into her dream school. Natalia Bryant got her acceptance letter from the University of Southern California. The Bryant family was excited about receiving the news and celebrated it with Kobe’s custom sneakers.

Her mother, Vanessa Bryant shared a video of Natalia jumping with joy on receiving the acceptance letter. This joyous occasion came 14 months after the passing away of Kobe and their daughter Gianna. Who was killed in a helicopter crash.

“Tears of joy. I’m SO happy for you Nani!” Vanessa Bryant wrote on Instagram. “I know daddy is so PROUD OF YOU. I am so PROUD OF YOU!! Your hard work and dedication was so worth it. You pushed through the most excruciating pain imaginable and you succeeded. I wish Daddy and Gigi were physically here to celebrate but I know they’re here in spirit. We love you so much!” wrote Vanessa on her private Instagram account.

Natalia posted a photo on Instagram with the USC sweatshirt, captioning, ” See you [email protected], Fight on.” Vanessa gifted Natalia a pair of Kobe’s signature custom boots, featuring in USC colors, of cardinal and gold. Kobe Bryant may not have gone to college, but he once spoke at the school’s Bovard Auditorium in 2018.

What degree is Natalia Bryant pursuing at USC?

The eldest daughter of the Late Kobe Bryant, Natalia, is pursuing her dream of becoming a model and actress. Before she was accepted at USC she was signed by the top modeling agency IMG Models. Natalia is pursuing is also pursuing higher education at USC, where she is pursuing a film Degree. She even met the best filmmakers at the Vanity Fair Oscar Party.

One of the reasons she decided to pursue filmmaking and wants to make a film, she and her father engaged a lot in cinema. The two were coming home after watching, “Star Wars: Episode IX – The Rise of Skywalker”. In an interview with Teen Vogue Natalia spoke about the experience “He was just letting me play my playlist and jam out to Taylor Swift the whole ride back, and talk about ‘Star Wars’ too, It was so much fun.” said Natalia.

Just like her father, she works towards being on the stage and winning an academy award. “In 10 years, I want to win an Oscar,” said Natalia in an interview with IMG Models. Kobe earned his Oscar award in 2018, for the Best Animated Short Film, “Dear Basketball”. The video is a five-and-a-half-minute video of his poem for the Los Angeles Lakers to announce his retirement.