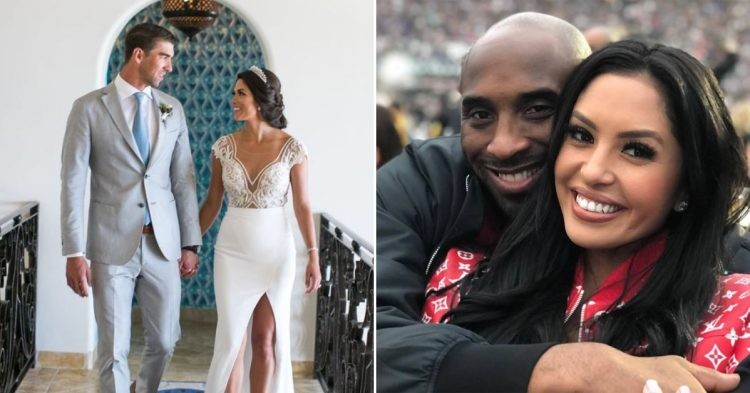 Kobe Bryant passed away on January 26, 2020, in Calabasas. He died together with his daughter Gianna in a horrific helicopter crash that still sends chills down our spines to this day. His death had a major impact on the world. After all, he was one of the most influential athletes in the world. Among the personalities who were affected, legendary Olympic athlete Michael Phelps was also one of them.

Phelps boasts a whopping 28 medals across five Olympics events throughout his career. Although it looked like he won so effortlessly in the swimming pool, he had to fight major battles away from it. Phelps has been open about his struggles with mental health in recent times, but it was not always this way. There was a time when Kobe’s had a huge effect on Michael Phelps’ mental health.

Michael brought his fight with mental health to the public to help advocate the seriousness of it. It was no secret that he was dealing with suicidal thoughts and depression. When his wife, Nicole Phelps, saw Vanessa Bryant stranded with her children after Kobe’s death, she realized that her husband’s death was not something she could imagine.

She asked Michael (via TODAY), “After Vanessa lost Kobe, all I could do was look at Michael and be like, ‘Can we please help you? Because if I lose you, I don’t know what I’m gonna do.”

Together with that, she also mentioned that she could be Michael’s pillar and therapist when he wants to open up to someone. But it wasn’t until later that it struck Nicole that she can’t fix the way Michael felt, and she couldn’t be responsible for his thoughts. The thought of losing Michael has led Nicole to be mentally unstable as well, which is why she has been communicating with a therapist.

The couple has three young children, and it can certainly become too hectic for Nicole. She wants to be there for her husband during his mental battles, but her time, as a mother of three, is understandably limited. This was one of the reasons why Michael has decided to get help, after more than a decade of fighting a silent battle.

Vanessa has been a single mother since Kobe’s death and raising their two young daughters. She has been hit with various obstacles, such as the lawsuit after the former LA Lakers star’s death. Despite that, Vanessa has been independent and still manages to give back to the community with the Mamba and Mambacita Sports Foundation.