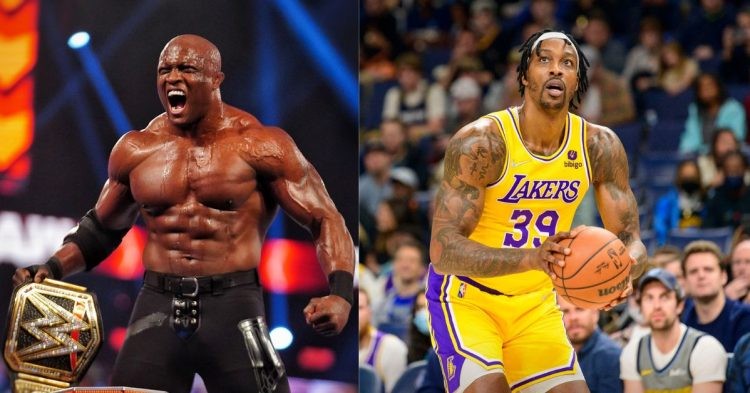 The NBA has seen many players move on from the league and change sports. The most popular one we know would be the great Michael Jordan. He tried his hand at professional baseball before retiring and coming back to the NBA. Similarly, Dwight Howard is also planning to do something similar. He has revealed that he has plans to join the WWE after his NBA career.

Many may not know this, but Dwight is a veteran of the NBA. He started his career 18 years ago. The Orlando Magic picked him at No.1 overall in the 2004 NBA Draft. Since then, he has been one of the most dominant defenders of the game. Although he has slowed down now, Howard was a force to be reckoned with during his prime.

Dwight recently said, “I love the WWE. I love wrestling… Hopefully one day in the future I’ll actually be in the ring wrestling and hold up the belt. That would be amazing.” The Lakers player’s revelation has come as a shock to many. The question of if he was being serious about making a move to the WWE rose. He may have gotten the idea from the great Triple H, who once said, “When you want to get in the ring, just give me a call”.

When you want to get in the ring, just give me a call @DwightHoward…Thanks for coming by tonight. pic.twitter.com/VAYAWuutjU

However, the reason why Howard might be looking to go for the transition would be his contract situation. He is an unrestricted free agent currently.

Dwight Howard may already have a rival before making WWE debut

As the world has learned that the 6 foot 8 in giant might make the switch, WWE star Bobby Lashley has gone ahead and challenged him. The reigning WWE United States Champion recently beat Austin Theory at WWE SummerSlam.

Dwight Howard said he would like to play in the NBA next season but is ready to transition and join the WWE if that does not happen. His NBA career began in Orlando and he said he’s open to beginning his WWE career in Orlando where the WWE Performance Center is located. pic.twitter.com/VnT0bA1LCB

On the Masked Men Show, he said, ““If he steps into the ring, I’ll spear him and chop him in half. He’s like a giant. He’s 10 foot tall. I have experience with giants.” It’s interesting to see that Dwight already has opponents ready to face even before his first WWE appearance.

Bobby also said, “ I had Omos, threw him around, and he’s half the size of Omos. I don’t think he wants to go against the All Mighty. Babysteps,”. Bobby vs Dwight, that’s a matchup that fans would want to see. The one-time NBA champion will also bring more audience over to the WWE.