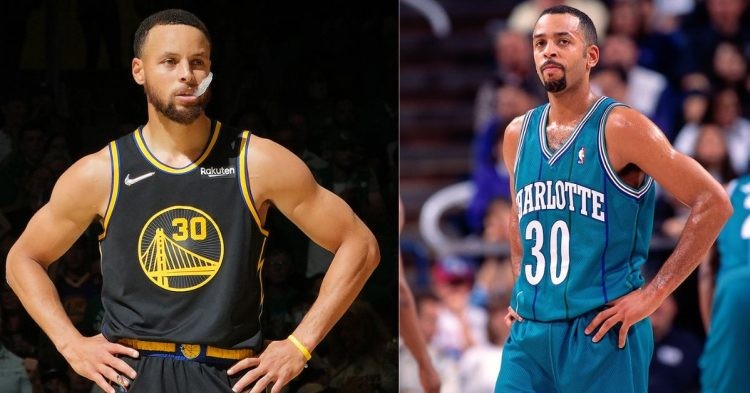 In the NBA, there have been many players who played for only one franchise. For example, Kobe Bryant, Magic Johnson and Bill Russell all stayed loyal to one team. Soon, Golden State Warriors superstar Stephen Curry might be joining the list.

However, Steph has caught the NBA world by surprise recently. The American claimed that if he left the Warriors to play for another team in the league, it would be the Charlotte Hornets. The comments have come as a shock as the Hornets are currently in the rebuilding process.

It was truly my honor to present @StephenCurry30 with the key to the city of Charlotte. You have been an incredible ambassador for the game of basketball and an inspiration to kids who hope to one day walk in your footsteps. Thank you for all that you’ve done for the Queen City. pic.twitter.com/NDA2ZjiOyt

Charlotte’s Mayor, Vi Lyles presented the NBA star with the key to the city of Charlotte a few days ago. “You have been an incredible ambassador for the game of basketball and an inspiration to kids who hope to one day walk in your footsteps. Thank you for all that you’ve done for the Queen City,” her message to Steph mentioned.

When Steph gave a speech to the crowd, he mentioned that he may play for the Hornets in the future. He said, “I’ve always said I wanted to finish my career at Golden State because of how much it means, and the experiences and teammates and the journey we’ve been [on].”

.@StephenCurry30 says if he would play for any other NBA team besides the @warriors, it would be the @hornets! pic.twitter.com/dNpZkgxJ1F

“Everybody asks me, ‘You wanna play one year for the Hornets and come back?’ … I am not breaking any news right now, I’m not making any promises. All I would say is if there was a team that I did want to play for that was not named the Warriors, that would be it,” Curry added.

The Chef played basketball for his high school Charlotte Christian School before going to Davidson College. Apart from spending his childhood in the city, Steph may have another reason for choosing the Hornets.

His dad, Dell Curry, was a Hornets player back in the day as well. Saying that he was just a player would be an understatement since he was always one of the best. He played 701 games for the Hornets, when he averaged 14.0 points, 2.9 rebounds and 2.0 assists per game. Dell stayed with the franchise from 1988 till 1998.

In addition to that, Michael Jordan being the owner of the Hornets would surely be factors if Steph does come. He is only the greatest player in history and Steph would definitely want to play under his leadership, as we all would love to.