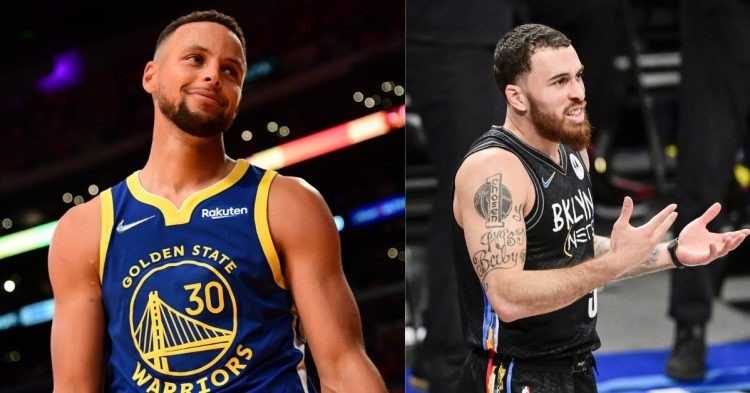 When you think of the players that have had a lasting impact on the NBA, there aren’t many that you can name right away. But one name that would surely come to your mind would be Stephen Curry. The American has been at the top of his game for the Golden State Warriors ever since they picked him up. He has won 4 titles with them, playing a pivotal role in each of them.

Apart from that, Steph also has 2 NBA MVPs and 1 Finals MVP to his name. Together with this, he has also become the best shooter in the history of the league. Curry took the no.1 spot from the great Ray Allen in late 2021. His numbers aren’t quite bad as well. Steph has averaged 24.3 points, 6.5 assists, and 4.6 rebounds in 826 games for the Warriors.

Despite all his achievements, a former NBA player has taken a shot at Steph’s greatness. It was none other than Mike James who seemed to criticize the Chef’s play style. He called Steph one-dimensional at times with the way he plays the game.

Right after Mike made that comment, many fans took Steph’s side. There were numerous Twitter uses that had a go at the former NBA player for being critical of Steph in the worst way possible.

Here is everything wrong with sports media: Some guy playing in the Euro League named Mike James (?) calls Steph Curry one-dimensional and a website called, ‘The Comeback, does a story on it. Seriously?

Apart from his exceptional shooting abilities, Steph is also known for his off-the-ball movement, passing, dribbling, and the overall handling of the ball. It seems like the former Brooklyn Nets player may want to rethink his comment on one of the greatest players of all time.

Mike James went the @PlayersChoice_ podcast and said he wasn’t sure Steph Curry is a top 5 player, calling him ‘one dimensional.’

His comment even got the man himself to respond. The question during an interview for him was what it would look like in a 1v1 against the players at his camp. Steph said, “It’s all bad for them, it’s all bad for them. Even as one-dimensional as I am.”

Steph is known for his pettiness, which he admitted as well. He hears every bit of criticism from fans and other people league in the NBA. Now that Mike has criticized his style, we can expect Steph to step up once again. He is the type of player who wants to prove haters wrong, and he has done the same for years.