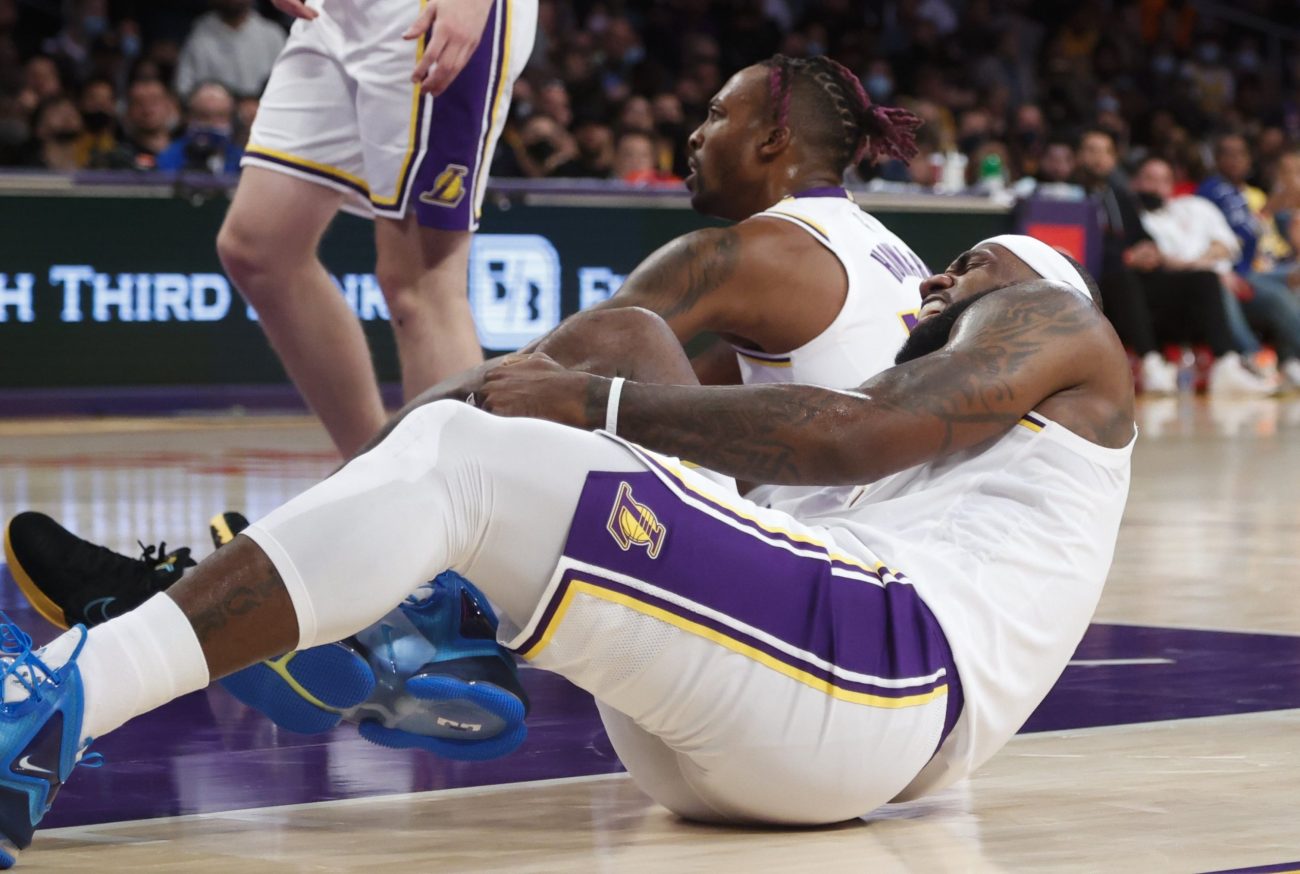 LA Lakers superstar, LeBron James has been sidelined due to abdominal strain. It was announced right before the game against Oklahoma City Thunder on 4th November. Lakers ultimately lost the game to a team with one of the worst records in the western conference.

Although doctors and Coaching staff claim it is not serious, LeBron is being sidelined for a week as a precautionary measure. As per The Athletic’s reporter Shams Charania, James is unlikely to play until the 12th of November as a result of the abdominal injury.

Lakers star LeBron James is expected to miss at least one week with abdominal strain, sources tell @TheAthletic @Stadium. Lakers want to be cautious with James’ injury early this season.

LeBron James and the LA Lakers were severely injury ridden last season and it was most likely the reason behind the early playoff exit. The short offseason for finals bound teams in the 2019-20 season led to so many injuries in the subsequent season. LA Lakers had a relatively longer offseason this year giving them enough time to recover.

Clearly, they wouldn’t want to lose their leader, LeBron James, to any injury so early in the season. As a result, they are giving him enough time to heal and not rush back to the court.

The impact of LeBron James’ absence on LA Lakers

LeBron James, in his 19th year in the NBA, is still top 10 in the league. His longevity has impressed fans and NBA players alike. Golden State Warriors star Stephen Curry recently marvelled on how consistent LeBron James manages to be as a 36-year-old in the NBA. Although he has changed his playing style to suit his age and avoid unnecessary injuries he can still dunk with the same intensity as in 2003 when he joined the league.

LA Lakers are clearly struggling without their floor general on the court. Out of the 10 games that the Lakers played so far, LeBron only contributed in 6. Memphis Grizzlies forward Desmond Bane landed on LeBron James’ leg after a layup that led to an ankle injury last month. It led to LBJ missing two games.

Without LeBron on the court, 1-3 record losing record. Even though he is not the volume scorer he once used to be, his passing and playmaking is key to Lakers victories.

In his absence, Russell Westbrook did step up but he is not reliable. The inconsistency is costing Lakers easy wins. LA had a favourable record to start the season but they could not take advantage of it. Currently standing 10th in the western conference with a 5-5 record Lakers have a tough schedule ahead.

Within the span of a week, they will face eastern conference powerhouses- Miami Heat, Chicago Bulls and defending champions Milwaukee Bucks. LeBron James’ return and Anthony Davis’ health will determine their position after the tough schedule.

LA Lakers will face Charlotte Hornets on 8th November, without LeBron James. Anthony Davis left the game against Portland Trailblazers early on in the first quarter due to stomach illness. If he doesn’t return, the odds will be in Charlotte’s favour.