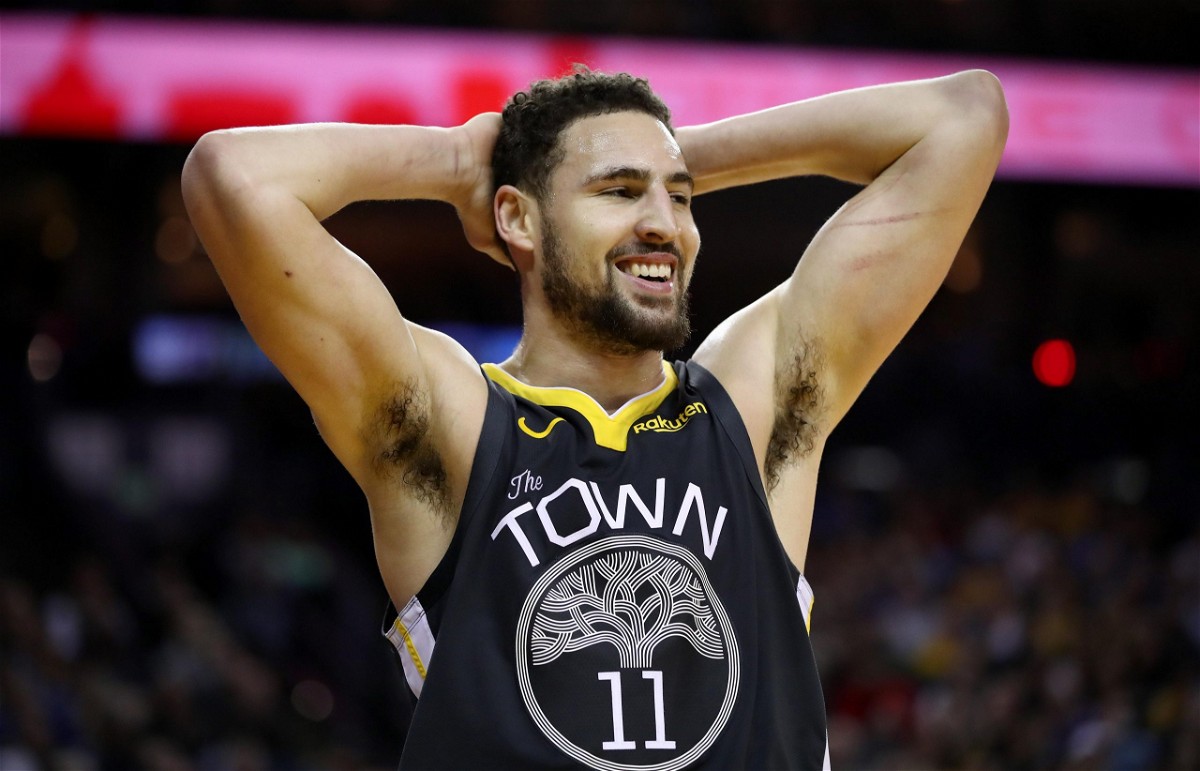 Golden State Warriors fans have been eagerly waiting for the return of Klay Thompson. He played his last game in the 2019 Final against the Raptors. During game 6 he tried to dunk in a fast break but unfortunately fell awkwardly and tore his Achilles. His bad luck with injuries didn’t just end there as he missed his 2nd straight season due to another tear in his Achilles tendon.

It has been almost 3 years since we have seen the Splash Brother together on the court. Regardless those days are not far away as Klay Thompson nears his return and will most likely return in a week or two. He even suggested his return in the Bay Arena holding up 6 fingers which many fans speculate to be the numbers of days left for his return.

Klay left the court holding up six fingers … could that mean six days away??? ???? pic.twitter.com/13pptDBntS

What Klay Thompson’s return will mean for the Warriors

As Klay Thompson returns and the splash brothers will be reunited. It will be left to see that can still win a championship together again? Warriors even without Klay have surprised everybody as they are now at the top of the league with a record of 29-8. Even so, with all the success they need their 5 times all-star.

Shooters shoot and that is where Klay helps the GSW. Thompson already knows the Steve Kerr system and is one of the best to move without the ball. In games where Stephen Curry doesn’t show up, it’ll be him carrying the offensive load with Draymond Green. Curry has been in a shooting slump, He is 2 of 21 from downtown in the past two games and hasn’t been relatively consistent from behind the line this month.

Klay Thompson will pick up the offensive slump but what makes Klay so special is a defensive ability. He has always taken on the challenge of guarding the opposing best player. Whether it’s LeBron, Kyrie, Kwahi, etc. he always defends them to the best of his abilities. Even though GSW leads the NBA in defensive rating, it will only get better when he returns.

The Dubs are serious contenders this season, with their old squad back and other marksmen shooters like Jordan Poole, Damion Lee, Garry Payton 2, only team that’ll stand in their way will be Brooklyn Nets if they get back Kyrie.