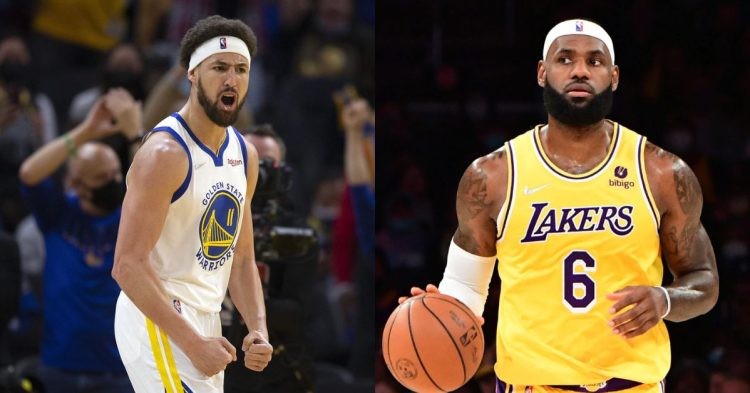 The Golden State Warriors will continue their hunt for another NBA championship this season and will start the journey against the LA Lakers on opening night. They still have the formidable force of Stephen Curry, Draymond Green, and Klay Thompson. In addition to that, they have also signed Andrew Wiggins and Jordan Poole as additional forces.

We can expect the Warriors to include Steph in their starting lineup, together with Wiggins. Draymond and Jordan playing together is still only a possibility amid the recent controversy between the pair. However, one vital player the franchise may miss is Klay Thompson. He was the only key player for the Warriors to miss preseason games due to injury.

A couple of weeks ago, the Warriors’ head coach Steve Kerr spoke about Thompson in a press conference. He said, “We’re 13 days away from the start, so my guess is he’ll be ready…the hope is he’ll be able to play in an exhibition game before the regular season starts.” Kerr added, “That’s what we’re looking at, trying to have him ready for opening night, but nothing has been determined yet.

We all know Klay has been dealing with injuries for a while now. Before the 2021-22 NBA season, he had missed two years of basketball. The reason for that would be the fact that he tore his ACL, before tearing his Achilles tendon. Injuries may give time for players to reflect and regenerate the energy to perform at the highest level. However, it can also cause one to be cautious. Klay has also revealed that in the past.

Klay Thompson didn’t play pickup this summer. Called it a “mental block” he will eventually get over because of torn Achilles in summer ball. But that’s slowed his preseason ramp up. Called next week a “big week” as he revs back up for regular season.

Here he is explaining it pic.twitter.com/0ZCCmWYFO1

He mentioned that he was dealing with a “mental block” over the summer and did not play pick-up basketball because of that. Last season, Klay Thompson played in 54 games, and averaged 19.8 points, 3.9 rebounds, and 2.6 assists, according to statmuse. To put that into perspective, Steph played in 86 games including playoffs. It is quite evident that Klay hasn’t returned to being his former self yet.

However, he did come back last season after a two-year absence and looks to be slowly getting back on track. The fact that he did not play much basketball in the summer may have given him enough time to reflect on his mindset for the upcoming season. It seems like Klay needed that time off, considering his mental state after dealing with constant injuries.

As Kerr mentioned recently, the Warriors did not want to rush him into regular basketball action. And that’s exactly what happened when Klay played against the Denver Nuggets on October 15th.

Despite GSW’s loss, Thompson was able to get in some good minutes. He made 14 points, 1 rebound, and 1 assist in 17 minutes played. Because he has eased into regular action, Klay may feature in the game against LA Lakers tonight.
Tags: Golden State WarriorsKlay ThompsonStephen Curry
Previous Post