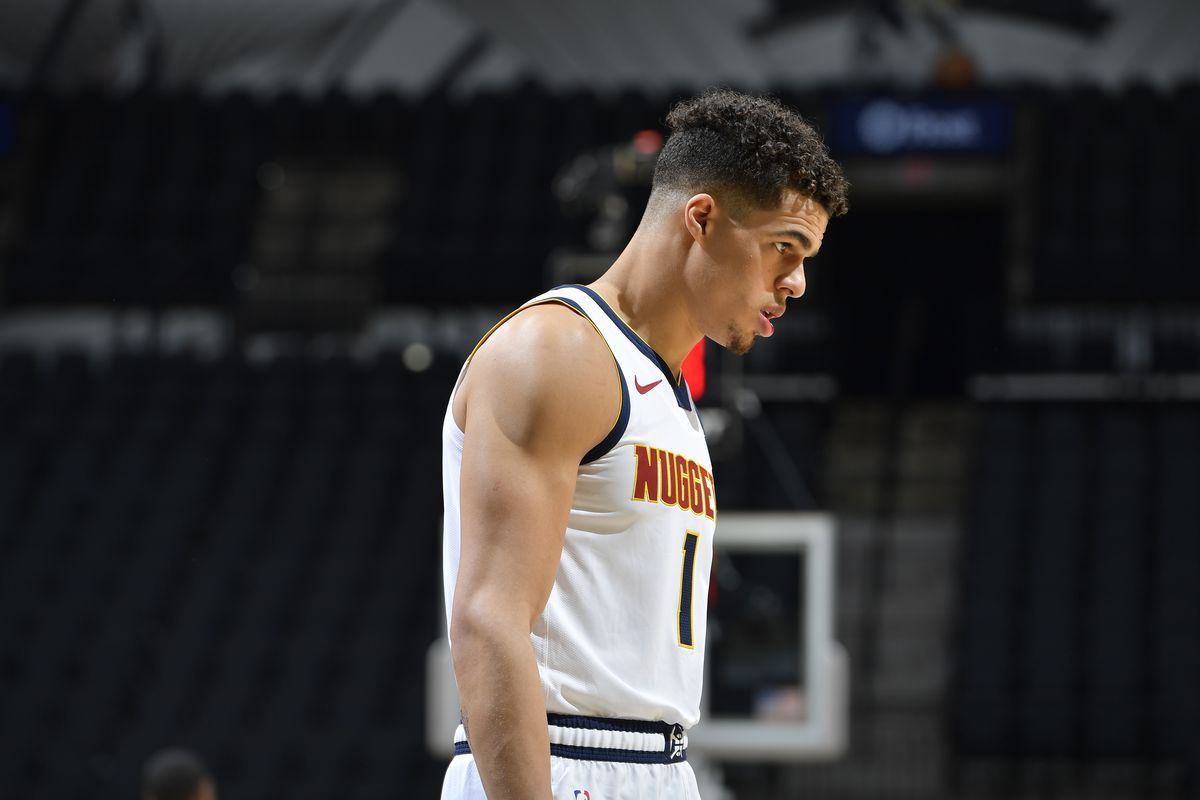 Denver Nuggets are currently facing many injury concerns. Michael Porter Jr is the latest addition to a long list of injuries for them. Denver forward has a history of back issues from his freshman year and already had 2 surgeries for the same.

Very recently Michael Porter Jr left the game against Houston Rockets, feeling pain in his back on Nov 6th. He has been under medical observation since then – keeping him away from the game. The latest reports suggest that Michael will require another back surgery which will keep him out for a season.

The said surgery will be conducted on Wednesday.

Nuggets F Michael Porter Jr., will undergo a surgical procedure on his lower back and miss an indefinite period, his agent Mark Bartelstein of @PrioritySports tells ESPN. Bartelstein says Porter’s expected to make a full recovery; timetable on return will come after surgery.

Michael Porter has started all 9 games he played this season. Just after playing 7 min in the matchup against Houston Rockets, Porter Jr. came off limping on a missed layup. It was clear that he was unable to get the jump in the layup due to some back issues.

Originally it was reported as back tightness and considered to resume court in 2 weeks period. Further checkups confirmed that he has an issue with the back nerves and suggested surgery for recovery.

This similar back issue kept him out of the game in his freshman year and even his rookie season. He underwent surgeries on both occasions and put up strong performances for the team on the return. He was 3rd in most improved player voting in 2020-21 season putting up an average of 19 points 7 rebounds for the Nuggets.

This young forward has not been up to the mark this season though, shooting just 36% from the field with 9.9 points, 6.6 rebounds, and 1 steals per game.

Impact of Michael Porter Jr. Injury to the Nuggets

The Nuggets superstar Jamal Murray has been sidelined from the very start of the season till 1st March 2022 and now PJ Dozier is confirmed to miss the entire season due to a knee injury. Adding Michael Porter Jr list of sidelined players will definitely put an additional load on the rest of the teams’ offence.

Nikola Jokic is carrying the team at both the offensive and defensive ends of the floor. But small contributions from the starters has been always good support for him. Michael Porter Jr was 4th in points per game and 2nd in rebounding for the Nuggets. Malone will find it difficult to balance offence and defense adjustments with the current Nuggets roster in Porters absence

Commercially Michael Porter Jr has a $ 207 million / 5-year contract signed in the offseason. Out of which $ 172 million is guaranteed salary and the rest $35 million upon fulfilling some criteria.

Also Read:  Everything You Need to Know About Paul George, His Wife, and Kids