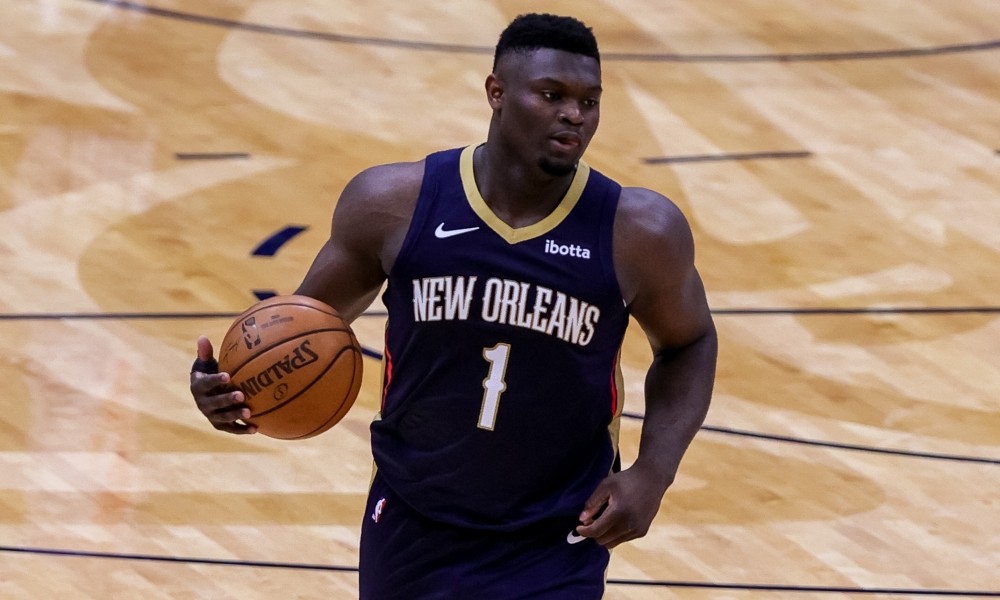 Zion Williamson suffered a foot injury in the offseason. He fractured his foot during a workout routine right before the summer league. There is no fixed timeline for his return according to Pelicans VP basketball operations. He was ruled out for the start of the season on Pelicans media day.

The 21-year old All-star underwent surgery for the fractured foot in the offseason. David Griffin assures fans that Zion is recovering well from the surgery. He will be re-evaluated in two weeks to fix a timeline for his return.

Pelicans announce there is no return timetable for Zion Williamson (foot), and he will miss the start of the regular season.

Williamson will be re-evaluated in two weeks. pic.twitter.com/DNdCn1ILp9

Zion Williamson was the most anticipated rookie since LeBron James. He had massive shoe deals and endorsements right from his NCAA days. The young forward out of Duke University went #1 in the 2019 NBA draft. New Orleans Pelicans had a young core with Brandon Ingram, Lonzo Ball and Josh Hart on their roster.

While the fans were enthusiastically waiting to watch if Zion Williamson would stand up to the expectations, he suffered a knee injury in the first game of the NBA Summer League that year. He missed 3 months of regular season because of a fractured knee. However, upon his eventual return to the court, he proved to live up to all the hype.

New Orleans Pelicans improved their standing in the western conference after his return but missed the playoffs in the bubble. In the 2020-21 season, Zion managed to keep himself healthy throughout the season but the Pelicans failed to make it to the playoffs yet again. With Willaimson injured again Pelicans have a serious question in front of them, “Is his bulkiness responsible for the injuries”?

NBA fans and several experts believe his weight is not proportionate with his height and shredding some pounds would be better for the all-star forward. Zion Willaimson rarely shoots and scores mostly on his ability to drive in and dunk.

Surely, losing some weight would help his athleticism since dunking is his go-to choice to score. Bulkiness not only slows him down but it also affects his longevity in the league.

New Orleans Pelicans are set to face the Philadelphia 76ers in the first game of the regular season for the team without Zion Williamson.