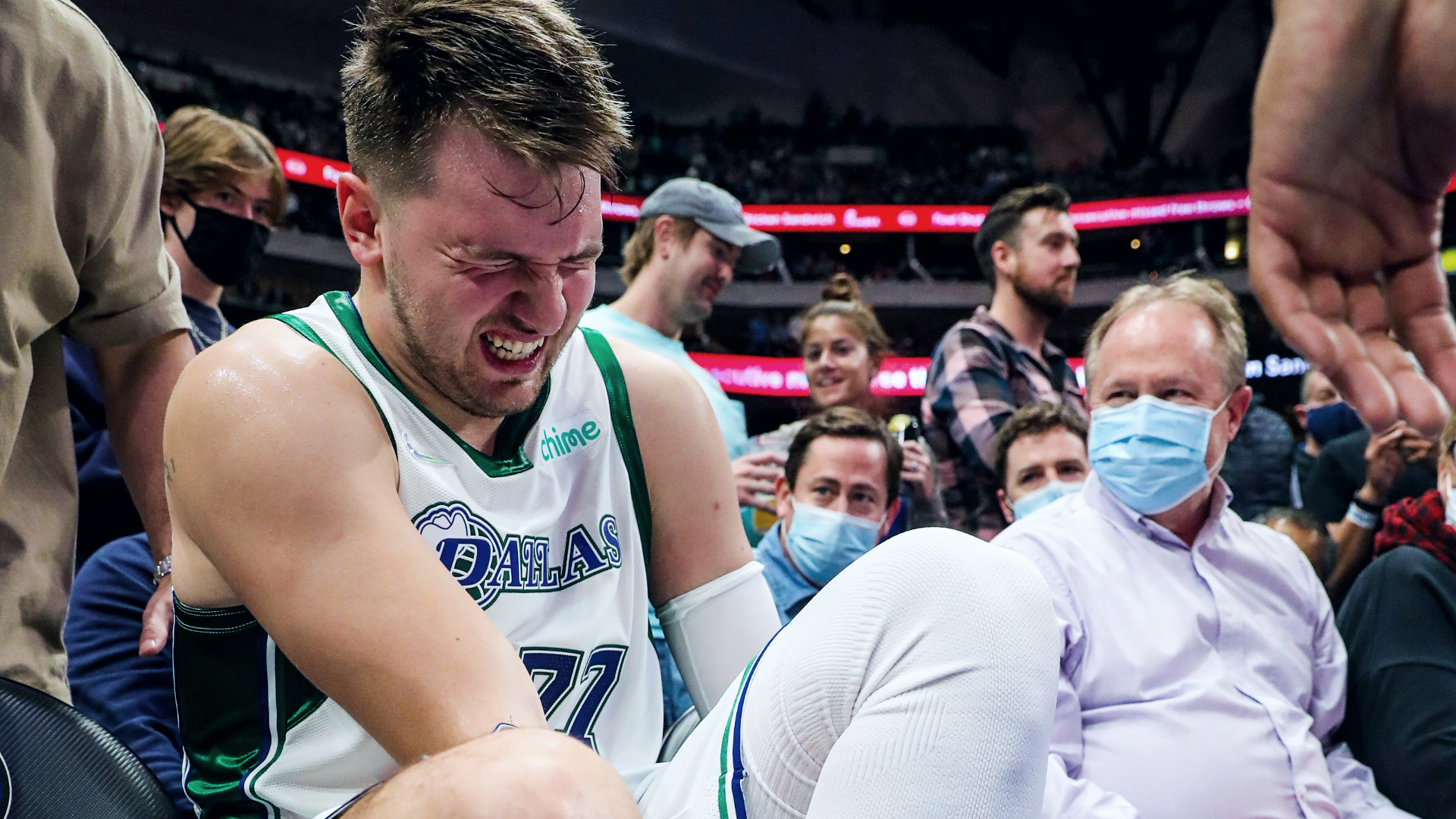 Luka Doncic, one of the best players in the NBA is out due to an ankle sprain. He tweaked his ankle against Golden State Warriors and has since been on a day-to-day evaluation. Doncic has been relatively healthy this season. He has been in and out of line-up quite frequently and has affected his rhythm.

Even though he was once again the majority pick for the MVP this season. He has disappointed everyone with his performances. Regardless of his slow start, he is averaging 25 points, 8 rebounds, and assists per game. But his shooting averages are worse than ever. He is shooting 31% from the arc and 44% from the field.

“I know, I have to be better”: Luka Doncic addresses weight issues

Luka Doncic has recently been criticized for looking a little heavy than usual. The Slovenian superstar was reportedly overweight by 30 pounds and stood at 230 pounds. For a guy standing at 6’7, 230 pounds is a lot especially when you are a pro-athlete. During a game hall of Famer, Reggie Miller while working from TNT said “He is plodding up and down” and that Doncic should trim down.

Even Doncic himself agreed with him being overweight and said that he knows that he should have done better while explaining his reason for being out of shape. He said that he had a long summer. After losing to the Clippers in the first round he went straight to his home country Slovenia and played in Olympics. He carried the team to a surprising 4th position.

However, Doncic being out of shape is not anything new as last year also he showed up a little heavier than usual. He plays him through to get in shape. But this season has been different as he had to miss 10 games due to injury and protocol. Now, again he is on day-to-day evaluation due to a tweaked ankle.

Despite Mavericks’ superstar struggles, the team has a good record of 21-18 and is 5th seed in the western conference. But with a healthy and in shape Docic this team has a high ceiling with their new head coach Jason Kidd.