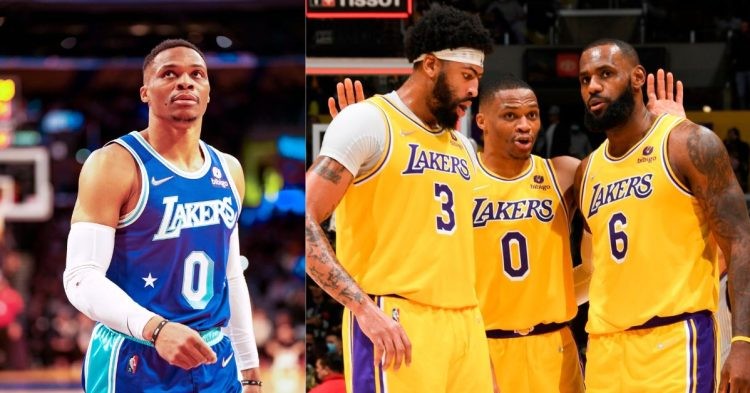 An underwhelming season was enjoyed by the LA Lakers last year. Even boasting LeBron James, Anthony Davis, and Russell Westbrook on the club, the team finished 33-49 and failed to advance to the play-in round.

The Los Angeles team have made it obvious that their offseason priorities have included roster renovation. The goal has been to find players who value defense in order to meet Darvin Ham’s coaching philosophy. Notably, we have seen rumors about the team perhaps trading some of their future draft picks to improve their roster.

According to a league executive those picks are among the most sought-after in the NBA. According to Lakers Daily, “according to an anonymous NBA executive, L.A. actually has two of the most intriguing assets that other front offices could still be coveting. The two Lakers’ picks are the most powerful thing as far as picks go in the league right now,’ the executive said.”

“You’re going to want three of those five players, give up Westbrook and only deal off one of the picks. Danny (Ainge) might get more picks if he sells those off individually, but he is not going to get better picks, and that is the thing the Lakers have as an advantage,’” the source also mentioned.

What can fans expect from the LA Lakers?

While there have been speculations concerning other teams, the Utah Jazz have become the subject of the most recent ones. They are obviously in the rebuilding phase after moving Donovan Mitchell and Rudy Gobert.

They have a number of additional veterans available, including Mike Conley, Bojan Bogdanovic, Jordan Clarkson, and Malik Beasley. This summer, the Jazz already traded Patrick Beverley to the Lakers. It’s possible that they’ve been talking about a bigger exchange involving Russell Westbrook.

The Lakers have spoken to at least five teams about a Russell Westbrook trade, per @AmicoHoops

“Sources think they may eventually break on moving both picks if it means dealing Westbrook for a better fit and immediate help.” pic.twitter.com/5gTzjebwom

No matter how much they hype Russell Westbrook as a talented player, they want to trade him for something of real value.

The issue is that by doing so, they would almost certainly forfeit their first-round draft picks in 2027 and 2029. According to reports, they have been quite hesitant to include both picks in any such deal. The only way the Lakers would do so is if it elevates them to a competitive position.

If the Lakers are able to negotiate a deal that allows them to trade both of their first-round picks. The Lakers were prepared to part with two first-round selections in exchange for the star point guard Kyrie Irving. But the Brooklyn Nets were not keen on that deal.