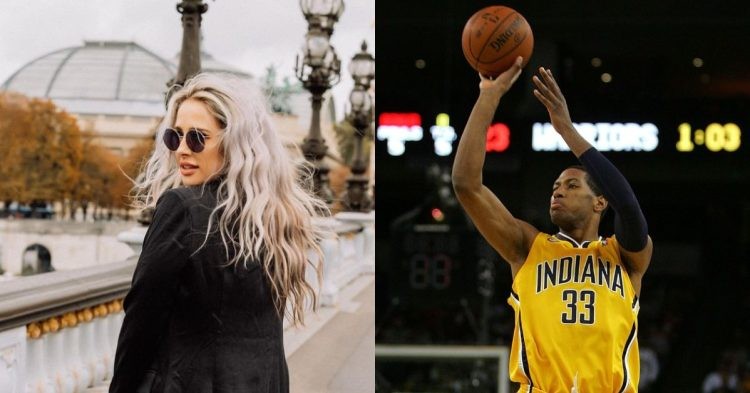 One of the NBA’s biggest controversies was when stand-up comedian Brittany Schmitt caught the attention of the whole world with her comments. Despite the fact that it has been a few months now, her comments still attract the eye of NBA fans.

During one of her shows, Brittany disclosed that she used to date a player who used to play in the NBA. She said, “I got a call from one of the guys I used to hook up with in the NBA. I thought he was calling to talk about the glory days. He called to tell me that he’s now a Jehovah’s witness, and I should repent. And I started laughing.” That was the start of the mayhem Schmitt caused, and we still have not seen an end to it until now.

Until now, there have been only three Jehovah’s witnesses in the NBA; Danny Granger, Darren Collison, and Dewayne Dedmon. Only Dedmon remains in the NBA, with the Miami Heat. Granger and Collison have retired from the league, but the fans pointed the finger at the former, mainly because of how Schmitt said it was the “light-skinned one.”

NBA fans pointed their fingers at Granger and believed that he was in a relationship with Brittany at one point. However, we have no official details of whether those rumors are true. Granger married Dionna, his college sweetheart from Arizona. The couple has two children as well.

Who is Danny Granger’s cousin Keith?

The former Indiana Pacers star does not have any friends on his social media under that name. It certainly looks like Brittany might have changed the names to protect their identities unless her revelations were an attempt to cause havoc. One might wonder how all this frenzy started, but it is quite interesting to know that her husband, Chris Rutkowski would be the reason.

He asked her if she knew how easy it was to find the number of Jehovah’s witnesses in the NBA, and certainly looks like he didn’t have any trouble finding the names of those players. Speaking of her husband, Brittany has also revealed in the past that she gave up an “NBA booty call” in Portland to meet with Chris when they were just a few weeks into dating.