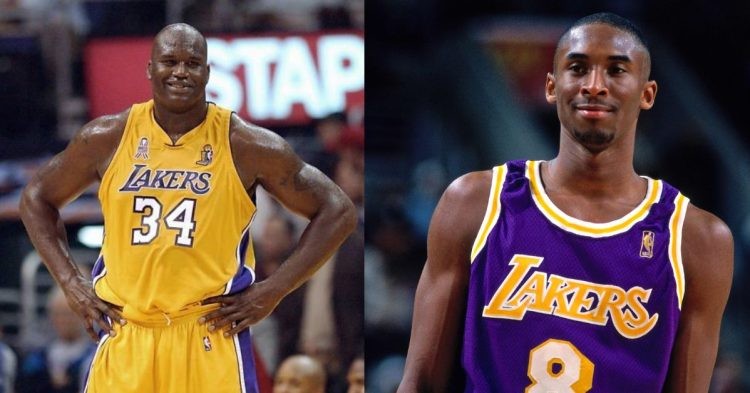 Almost every NBA fan will have heard of Kobe Bryant and Shaquille O’Neal. They are considered to be one of the most dominant “one-two punches” the NBA has ever seen. Kobe and Shaq helped the Los Angeles Lakers win 3 titles in a row during their time together. However, they soon parted ways and Shaq took his talents to the Miami Heat. Kobe remained loyal to the Lakers and spent his career there.

When both these stars went different ways, everyone wondered what went wrong in Los Angeles and why this dynasty was crumbling. There are several reasons Kobe and Shaq split up. They ranged from Kobe’s mentality and drive clashing with Shaq’s lifestyle and work ethic.

Olden Polynice, a former NBA player was interviewed recently. He was asked about narratives spread in the past that were simply not true. To that, Polynice recalled the beef between Kobe Bryant and Shaquille O’Neal.

This is quite an interesting and humanitarian take on the situation. There is no arguing that Kobe and Shaq achieved something special in their time together as teammates. Be that as it may, when they parted ways the media was given ample reason to believe they were not on good terms.

Moreover, in those times it was less common for fellow NBA players to be friends. In any case, Shaq went on to win one more title with the Miami Heat and Kobe won 2 more with the Los Angeles Lakers. It definitely helped both their legacies and reputations to be rivals after their time in LA together.

Kobe & Shaq “never hated each other” during their Lakers playing days notes @OldenPolynice1 while appearing on @BallySports.

“They played that up to the point where people really believed it.”

▶️ Press Play To Find Out Why pic.twitter.com/a9QOSo76SP

Olden Polynice revealed that he thought that led the two Laker legends to play up the situation, “I think a lot of stuff been coming out after they gave their own interviews. It wasn’t… you know how everybody talks about they hated each other. They never really hated each other and I think they played that up to the point where people really believed it. And so yeah there’s also animosity with athletes especially strong alpha males There’s always going to be issues. But I just don’t believe there was hate.”

NBA is the new WWE! https://t.co/MgnTSamNqR

In our opinion, Polynice is partially correct. While Kobe and Shaq might not have hyped up their conflict, there is no arguing that they remained friends once their careers ended.