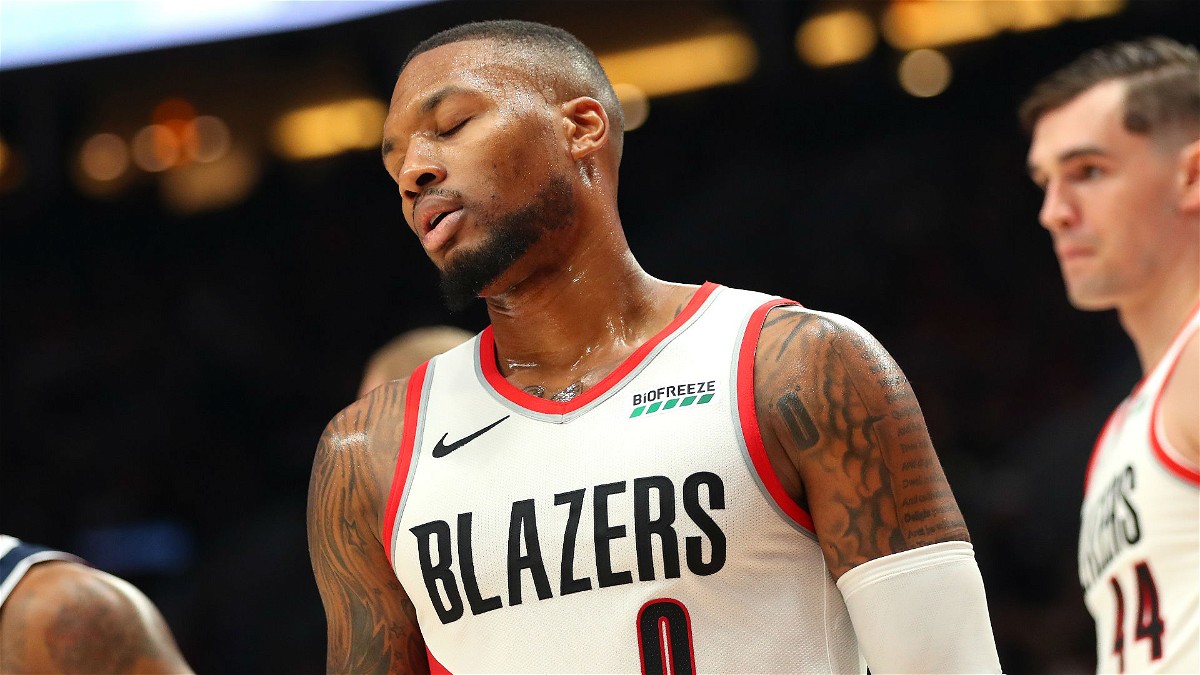 Damian Lillard is the star point guard for the Portland Trail Blazers. Lillard was drafted by Portland as the 6th overall pick in the 2012 NBA Draft. Ever since then, Dame has devoted his time, sweat, blood and tears only to Portland. He has been loyal to the team and always made sure they put up a fight. Dame is a 6 time NBA All-Star and also won NBA Teammate of the year in 2021.

However, after this year’s disappointment for the Trail Blazers, a lot of fans and analysts speculated that Damian Lillard has done enough for Portland and will now look to shift to a different team. The star point guard has shut down the speculations.

From Rookie of the year to making clutch shots and even being an MVP nominee, Damian Lillard has done it all with the Portland Trail Blazers. The only thing he has not been able to achieve with the team is a championship. Year after year he puts up incredible performances.  However, the lack of good backcourt and frontcourt support, Dame’s efforts tend to go in vain.

Lillard is currently practising with Team USA for the 2021 Tokyo Olympics. He finally opened up about all the rumours spreading around his name and future. Dame said,

It’s not true, I said the last time I spoke to you guys  a lot of things are being said, it hasn’t come from me. I’ll also say that I haven’t made any firm decisions on what my future will be, There’s really no need for anybody else to speak for me … if there is something to be said, I’ll speak directly with my team and with Neil That’s that.

Damian Lillard says he woke up to reports of him on the verge of requesting a trade “is not true.” And says secondly, “I haven’t made any firm decisions on what my future will be.”

Damian Lillard signed a four-year supermax contract with Portland. The contract is signed to keep him in Portland till 2025. The only way the Trail Blazers will let this superstar go is if he pushed for a trade. Dame seems to want to remain loyal to the team that first brought him into the league. He said that changing a coach is not what’s required but reshaping the roster should be Portland’s main priority.