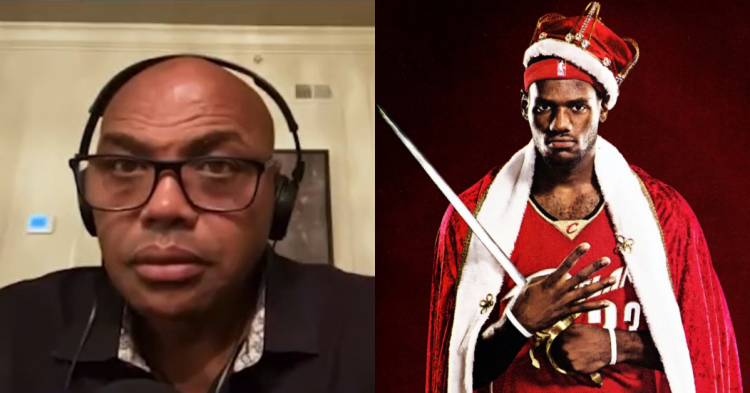 An intriguing conversation ensued between Green and Barkley about how Aaron Rodgers and LeBron James are ‘over-hated’ in their respective sports. Then Barkley went on to say:

“I think what LeBron has accomplished is arguably the greatest story in sports history. For No. 1, you look at Kobe, Kevin Garnett, guys like that, they were not good players when they first got into the NBA. LeBron is the only player in my forty years in the NBA who played great from Day 1.”

According to Barkley, LeBron’s story is arguably the greatest in the history of sports. He created an immediate impact as soon as he entered the league. He mentioned legends like Kevin Garnett and Kobe Bryant, who declared for the Draft straight out of high school, like LeBron.

But for him, they were not ‘good’ in their initial seasons. He brought 40 years of experience into his claim that LeBron was ‘great’ from the first day. He went on to add:

“And for him to turn into one of the best players ever, he’s never gotten in trouble, especially in this 24-hour news cycle with social media. For him to be as great as he’s been from the year 18 to where he’s at now, I think it’s one of the greatest stories in sports history. He was that good from day 1.”

As Barkley said, the legacy King James has built is one of the greatest. The reason for that being, he had many hurdles at the start of his career. Bron did not have an easy childhood initially and entered the NBA draft as a superstar despite all that. Moreover, LeBron has also brought his career to a whole new level with the titles he has won, awards and etc.