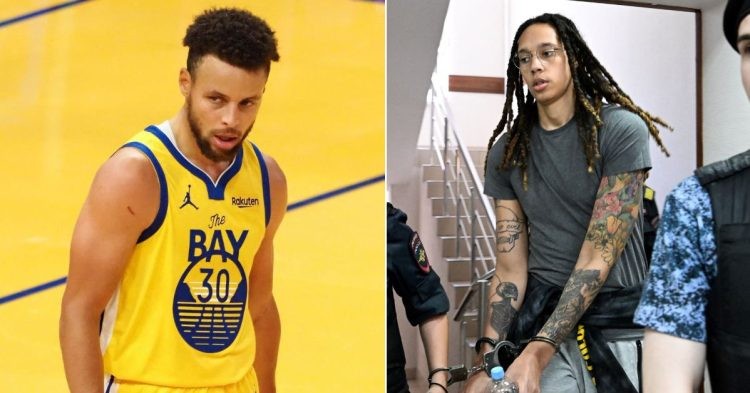 After playing for the UMMC Ekaterinburg in the Russian Premier League, Griner planned to leave the country this year. However, officials chose to arrest her at the airport after they found her with vape cartridges in her luggage. The cartridges contained hashish oil, a form of cannabis. Although it is legal in some states in the US, Russia has banned the drug.

On Thursday, the WNBA player pleaded guilty to the drug charges she was facing. She said, “I made an honest mistake and I hope that in your ruling that it doesn’t end my life here… I know everybody keeps talking about political pawn and politics, but I hope that that is far from this courtroom.” The Russian government sentenced Griner to 9 years in jail. After the verdict, Steph Curry spoke out on the situation.

The NBA champion spoke to Blavity recently. He said, “It’s beyond the sports world at this point, but myself and all of [Griner’s] colleagues have spoken very loudly that we need to continue to keep her name in the media and make sure that she feels loved and supported,”.

Griner may have committed a crime, but she admitted that it was not intentional. Moreover, many claim that the punishment she received wouldn’t be as severe if her race or gender was different. Her arrest sparked debates on whether cannabis should be legalized.

Steph also added, “Today is not a great day, obviously, but I think that there are other conversations that are going on and hopefully we will still have a safe and speedy return for her. The right people are feeling the pressure and I’m hoping that it works out right for BG.”

It is still unclear if the support that Brittney has will help her leave Russia. Reports say that the US government even offered Russian criminals in exchange for the American basketball player. The US president, Joe Biden has even released a public statement.

However, the Russian government has decided to keep her in the country in their jail which has caused backlash all over the world. Only time will tell if the NBA community can be at ease knowing that BG is safe.