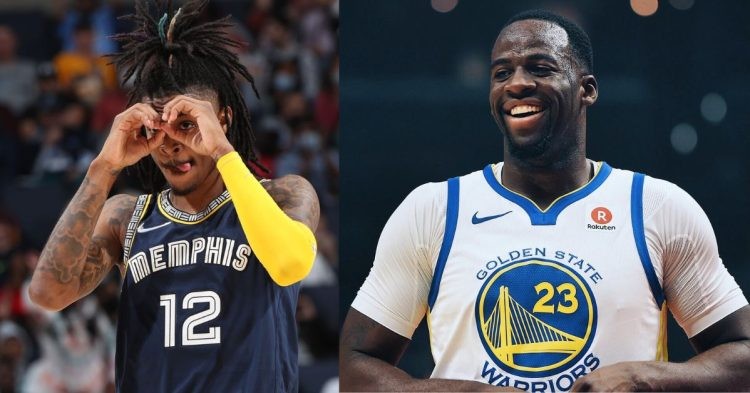 The 2021-22 NBA season did not disappoint us with all the drama and entertainment. The Golden State Warriors were the last men standing as Stephen Curry and Co. won the franchise’s 7th championship. With the upcoming 2022-23 season just around the corner, there have been reports of possible fixtures.

The LA Lakers will face the defending champions on opening night on October 20. In addition to that, the NBA will conduct the ring ceremony for the Warriors on the same day at the Chase Center as well. Moving on, reports also suggest that the Lakers will play their neighbors LA Clippers for their second game of the season.

There has been another possible fixture that has caught the attention of many. With several other fixtures on the same day on Christmas, the Memphis Grizzlies will reportedly play against the Warriors on the road.

Other fixtures include Celtics vs Bucks, 76ers vs Knicks, Nuggets vs Suns, and Mavericks vs Lakers. The Grizzlies-Warriors matchup will not be the only one that NBA fans will be looking forward to.

Upon learning the news, Grizzlies player Ja Morant tweeted at his future opponent Draymond Green. He said, “we got what we wanted dray.”

In the past few months, there have been some comments from both players going back and forth. This time around, Draymond didn’t hold back as well and responded to Morant in a tweet. He said, “That’s the power of your voice Young! Let’s goooo! Bring the fam to the crib for dinner after”.

That’s the power of your voice Young! Let’s goooo! Bring the fam to the crib for dinner after https://t.co/xs8GpKkQtE

The Grizzlies have become a threat to the other teams in the Western Conference again. They boast a young team of talented players who are aggressive and confident. They finished second in the table last season, with a record of 56-26. The Warriors sat right below them with 3 more losses. Many expected Ja Morant and Co. to go on to the NBA Finals, considering their form.

But they toppled over to none other than the GSW. In the Conference Semi-Finals, the Warriors defeated them 4-2 in the series. Klay Thompson and Steph Curry came out as the best performers once again. It will be interesting to see who comes out on top this time around.