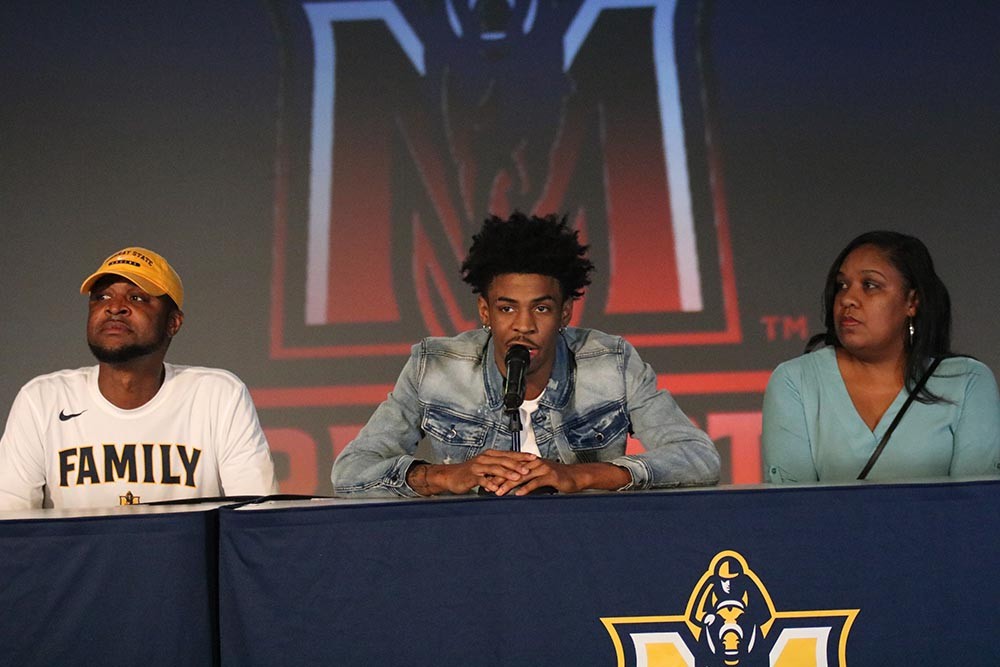 It’s a Bird, It’s a plane, no it’s just Ja Morant doing the impossible!! Ja Morant and the Memphis Grizzlies have taken this NBA season by storm. Morant has been leaving it all out on the court to carry his team and he is indeed doing it with style.

Be it blocking shots or carrying out windmill dunks, Ja has shown us that he probably has hidden wings. Morant’s road to fame has not been easy and if there was a constant person who pushed him it was his father, Tee Morant.

The point guard is now reaching new heights. Ja received his first All-Star call-up and will be a starter at this year’s All-Star game in Cleveland. Morant is averaging 26.3 points, 5.9 rebounds, and 6.9 assists per game.

Tee Morant, the NBA dad who is as fearless as his son

Ja Morant might be only 22 years old but he is not afraid of jumping over the NBA’s greatest superstars. He doesn’t stand down from any battle irrespective of who the opponent is. The Los Angeles Lakers faced the Memphis Grizzlies. During the game, Tee Morant decided to mess with LeBron James. Tee Morant was seen taunting and clowning with LeBron James as the latter walked past with a smile on his face. Ja Morant took to Twitter to share the moment

Morant has shown time and again that critics and haters do not distract him. Ja turns all that hate into drive and he sure does fly high. The reason behind Morant’s thick skin towards criticism is that he grew up with it.

In an interview, Ja Morant mentioned that his father was his first hater. Sounds toxic? no, Tee Morant made sure to always go hard and tough on his son while showing love at the same time. This not only helped Ja but also made the bond with his father grow stronger.

Ja Morant: “I love negative energy, it motivates me. My dad was my first hater.” pic.twitter.com/OtleId7DEZ

Ja went on to explain that when he won Rookie of the year, his father not only congratulated him but he did with a flavor of savage. Tee Morant’s exact words to his son were

The duo also has a lot of competition between them. They tend to play 1-on-1 games. However, according to Ja, his father won’t play anymore. Ja Morant went on to say that his father stopped once he got beat and saw that his son grew up to be extremely athletic

It is heartwarming to see a relationship between a father and a son. The NBA is filled with a lot of amazing father-son duo’s and this is another one on the list. We can only hope that Ja takes Memphis to a title however his dad would probably tell him Morant isn’t great yet.