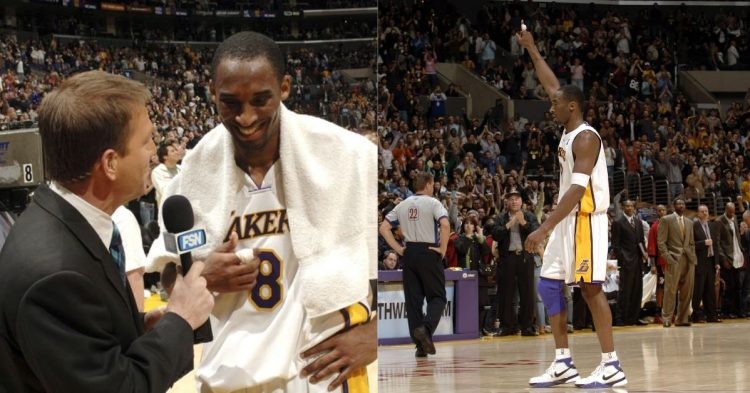 The Lakers went into halftime with an 18-point deficit and, Kobe has 26 points at the halfway point. In the 2nd half decided to take matters into his own hands and gave a masterpiece. Bryant is the only player to ever come close to Wilt Chamberlain’s 100-point game. So Bryant went on to score 55 points alone in the second half and turned the game in favor of the Lakers 122-104.

In a tweet by his former teammate Shaquille O’Neal, with whom he lifted 3 NBA titles, about the 81-point performance. Shaquille watched the 81-point performance from the Mamba and asked if Bryant decided to score 81 points just because Jalen Rose was guarding him. In a brilliant response, Kobe answers with “Yep…lol.” However, it was a controversial move from the coach to bench Kobe who could score 100 points with that form.

How many shots did Kobe Bryant attempt in his 81-point game?

The 81-point performance from Kobe is one of the most talked about performances from an individual. During that season The Mamba was having a career-best season, and leading the scoring list, with 35.4 points. He is only the second player to cross the 80-point mark. Bryant is 4th on the All-time scoring list with 33,643 points during his 20-year career.

It was the season when Kobe officially carried the Lakers after Shaq left the Lakers and joined hands with the Miami Heat. The Lakers made it to the Playoffs that season, unlike the last when they didn’t cut. Kobe Showed that he had what it takes to carry a team, and that night he did. Despite his heroics for the Lakers, they would be eliminated in the first round by the Phoenix Suns.