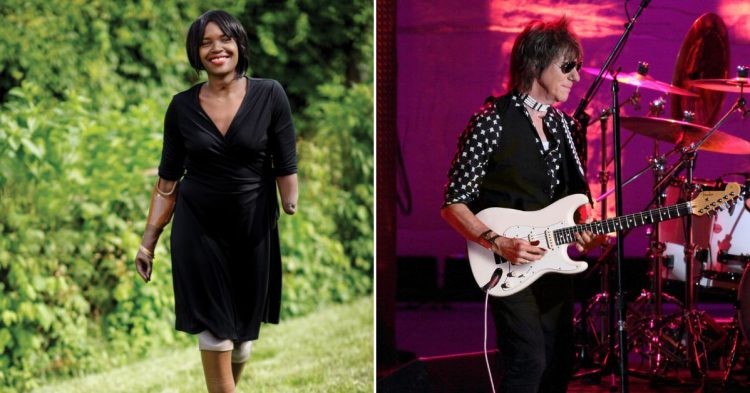 The music industry has lost a huge figure today in Jeff Beck. The cause of Beck’s death would be bacterial meningitis. Many would wonder what the disease is, but the reality is so deadly that many have lost lives, or have gone through significant changes in their lifestyles. One such individual would be Rayna DuBose.

Just like Jeff Beck, Rayna DuBose also had bacterial meningitis. It is when the membrane that protects one’s brain and spinal cord gets infected. This can then lead to swelling and could possibly lead to death at a later stage. It looks like this was what led to Jeff Beck’s death. However, Rayna’s case was completely different.

She contracted the disease during her first season at Virginia Tech University. This came on April 2, 2002, just a few weeks after she joined the institution on a full scholarship, one that she attained for her on-the-court talents. Rayna had to be in a coma for three weeks, and when she woke up, she realized that she would have to get all four limbs amputated.

Although it was something that would have held many back, it did the opposite for Rayna. She decided that she wasn’t going to let her amputation stop her, and she didn’t. DuBose started attending college and became an assistant coach of the basketball team, all with prosthetic limbs!

According to Huff Post, it reached a point where she even told to her friend that losing her limbs was the best thing that to have happened to her. She clarified, “It’s true. I’m much happier now because before, I was heading down the wrong path, with the wrong people. And now I’m helping others. It’s been exciting; I’ve learned a lot about myself, and I don’t see anything as a problem. I don’t see myself any differently than anybody else.”

DuBose was even invited to a WNBA game when the Charlotte Sting helped the ‘Rayna DuBose Foundation’ raise funds that were needed for her medical expenses.

Rayna is now a motivational speaker, who ensures no one else is held back by the hurdles they face in their lives. She has become one of the best motivational speakers in the country but isn’t playing basketball anymore. However, despite losing her limbs, Rayna has managed to touch great heights, all on her own! It’s beautiful to see such an individual be a huge inspiration to the world despite the huge obstacles she has faced in her life.