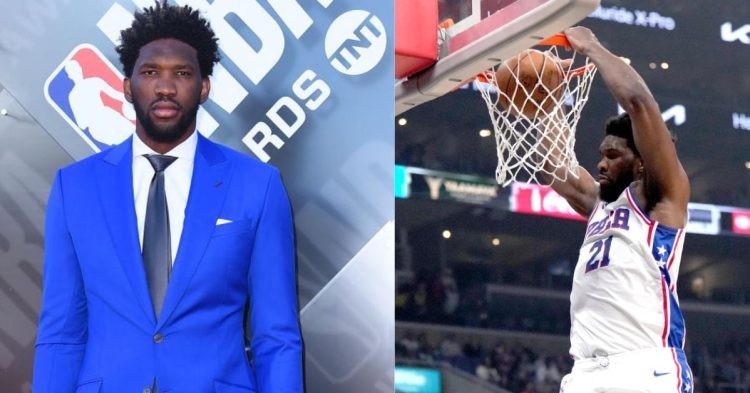 Joel Embiid is the franchise star for the Philadelphia 76ers. The NBA center is incredibly talented and is currently having one of the best seasons of his career with the 76ers. Fans must certainly be interested in knowing how much Embiid earns.

As we all know, franchises usually treat their star players very well. This is to ensure that they do not leave in free agency and contract negotiations. Since the NBA is a business, keeping important assets happy is quite important. After all, a lot of these teams would not be where they were without their best stars. That said, let us take a look at how much money Embiid is making and what kind of contract he is currently on.

The 76ers clearly value Joel Embiid well. He signed a 4 year and $196 million contract with Philadelphia. This happened back in 2021 and means that he is under contract until the 2026-2027 NBA season. Not many can argue that Embiid isn’t worth the money.

He is 28 years old and in the dead center of his prime. For this season, Joel is averaging an impressive 33.6 points, 9.8 rebounds, and 4.2 assists. He is also shooting an efficient 53.7% from the field and 35.2% from the three-point line. Moreover, he has clearly worked his fundamentals over the years and is making 85.6% of his free throws.


Embiid is also the main reason that the 76ers have been contenders in the Eastern Conference for the past few years. As fans know, he was initially paired up with Ben Simmons. However, that changed to James Harden last season as both Harden and Simmons were traded.

Compared to Embiid, even James Harden isn’t making all that much money at this juncture of his career. The Beard is currently on a 2-year $68 million contract. He took his drop in pay to help his team add more star talent to the roster. It seems to have worked quite well as the 76ers hold a record of 30 wins and 16 losses.


That gives them the second seed in the Eastern Conference, only behind the Boston Celtics. Embiid has a history of injuries. However, this has been one of his healthiest seasons so far. If he is able to maintain his health and his team develops, we might just see the 76ers go deep into the NBA postseason.