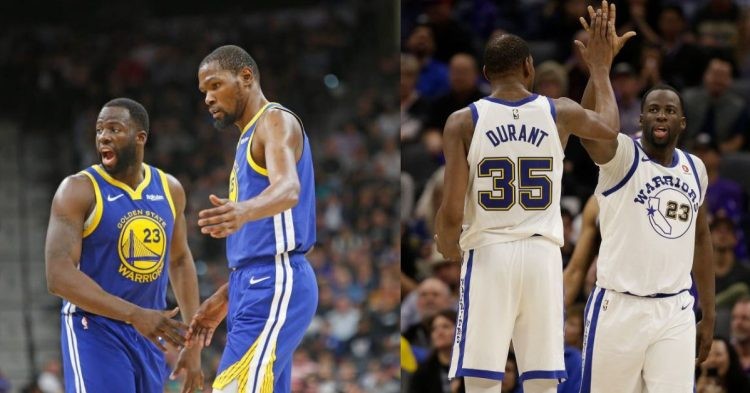 As we all know, the Golden State Warriors are currently the most successful NBA team in recent years. They have won 4 NBA championships since 2015, after adding one more to their trophy cabinet this year. One of the main reasons for their dynasty would be their players. World-class players like Stephen Curry, Kevin Durant, Klay Thompson and Draymond Green were all on the same team.

Although there were many reports of a possible rift between KD and the trio, they did form an unstoppable trio on the court. Moreover, Durant joining the Warriors after leaving the Oklahoma City Thunder was a shock itself.

Warriors star Draymond Green has recently made some interesting revelations on what brought KD to The Bay. He spoke on the Checc-N-In podcast about his former teammate.

As Draymond said, the Warriors were playing a different brand of basketball at the time. It was something that no other team had done in the league before. It seems like Steve Kerr brought this playstyle to the GSW team, as Draymond recently revealed how team felt about their new coach initially.

What’s interesting is that DG thinks Durant was sure about playing for the Warriors even before they made that comeback against OKC. That year, the GSW team was an unstoppable force for every team in the league. It seems like their playstyle and their record of 73-9 during the regular season was enough to lure Kevin Durant to The Bay.