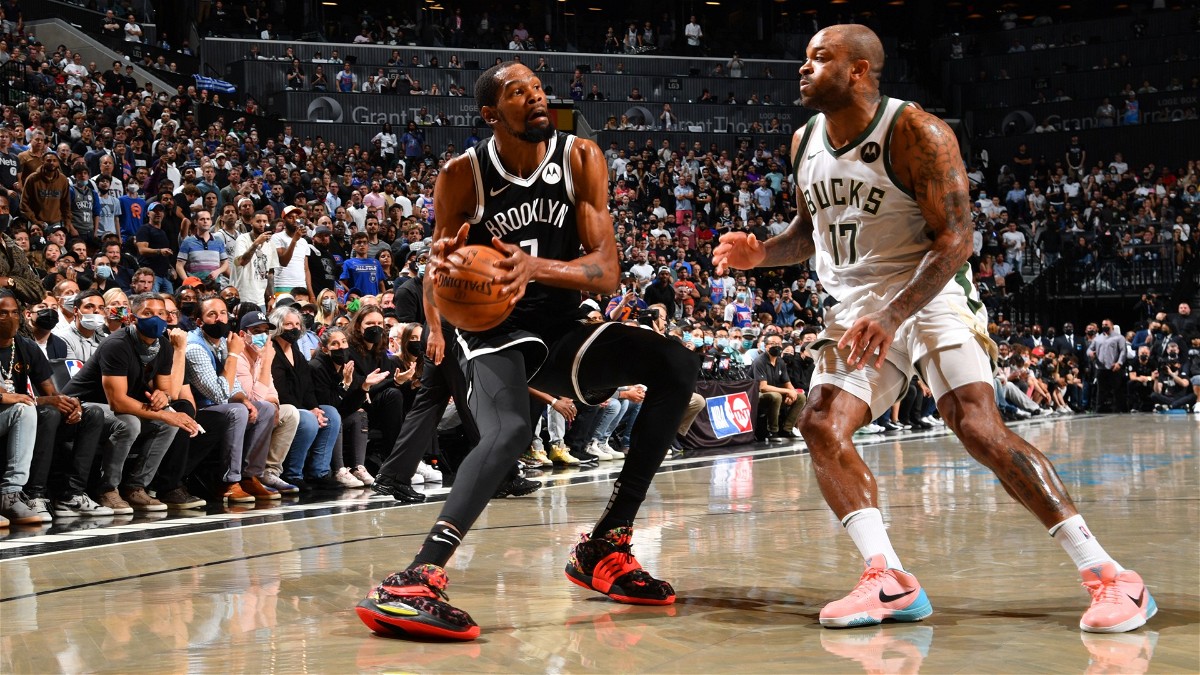 Kevin Durant and P.J. Tucker have been going head to head for years now, especially in the Playoffs. This season, however, the Semi-finals between the Brooklyn Nets and the Milwaukee Bucks was intense and it all came down to the wire in Game 7. P.J. Tucker finally had the last laugh in this long-standing battle with Kevin Durant as the Milwaukee Bucks advance to the Eastern Conference Finals after beating the Brooklyn Nets in Over Time.

Kevin Durant’s idol and strongest support is his mom. KD might be a grown man now but when someone plays dirty with him, his mom is still going to protect her son. Today was no different. During the third quarter of the game, P.J. Tucker fouled Kevin Durant and sent him to the free-throw line.

KD’s mom was seen shooting words at Tucker for hurting her son. The conversation must have been light-hearted because Tucker said ‘I love you’ to Kevin’s mom and she replied in the sweetest way possible showing that the Banter was all in good spirit. The video of the conversation between the two is the cutest thing on the internet today.

KD and P.J. Tucker have faced off multiple times over the years especially in the playoffs. Tucker has been guarding either Lebron James or Kevin Durant every time he’s faced off with their teams for years now. The man deserves a raise. KD might have put up a record-breaking 40+ points in Game 7 but Tucker made KD work for it. When asked about how it feels to guard someone as close to unstoppable as KD, Tucker said,

It’s painful. That was a battle every single night. I don’t know if I’ve ever brought that much every single night, physically, emotionally, it was a toll. That’s why the day seemed so long. A player like Kevin, there’s no time off, you can’t relax for one second. It was a fun series just battling and being able to finally get over the hump against him was pretty nice

The Battle may have come to an end, but both teams put up a great show of basketball and gave the world of basketball a treat to watch. The playoffs this year have been a roller-coaster ride. There has been happiness, tears, injuries, clutch moments, fights and even record-breaking games, but the spirit of the game and the love has been what matters at the end of the day.