How Many Times Has Kevin Durant Changed Teams in His NBA Career? 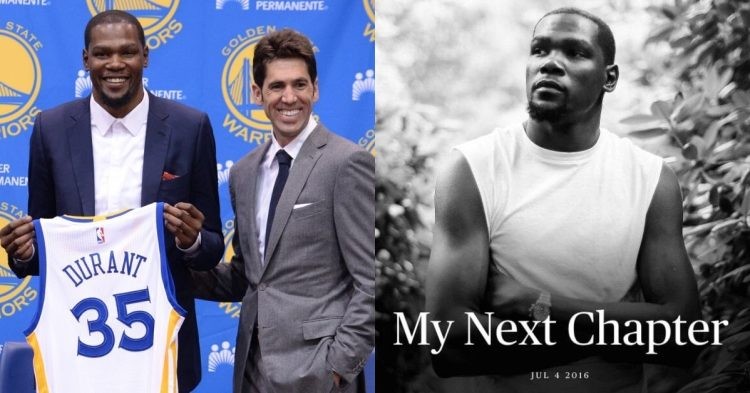 Kevin Wayne Durant is a small forward for the Brooklyn Nets. From blocking shots to making them, KD gives his all on both ends of the court. He is easily one of the most skilled players in the league right now. Throughout his successful career, Kevin Durant has been a part of four franchises. He is a player every team would love to have on their roster but hate to be up against. And with his current trade request, that want could be made into a reality.

In the 2007 NBA draft, the Seattle SuperSonics drafted Kevin Durant as the second overall pick. Durant was 19 years old when he made his debut in the NBA. In his very first game, he put up 18 points and five rebounds. It was clear that KD was a hungry rookie fighting to make a mark. Kevin Durant also went on to win Rookie Of The Year and averaged 20.3 points per game. Kevin created history by joining Carmelo Anthony and LeBron James as the only teenagers to score a minimum of 20 points in their first season.

The Seattle SuperSonics relocated to Oklahoma and were now called the Oklahoma City Thunder. Kevin Durant was joined by the very talented Russell Westbrook. In the 2009-10 season, Kevin Durant created history as he went on to become the youngest NBA scoring champion with an average of 30.1 points per game. However, in his playoff debut, the team did not make it past round 1.

Also Read: How Many Teams has Michael Jordan Played for in his NBA Career

The 2010-11 season saw the Oklahoma City Thunder come back stronger than ever. The team behind Kevin Durant’s leadership went on to earn the fourth seed in the Western conference. In the playoffs, they made it to the Conference finals where they were eliminated by the Dallas Mavericks in five games. The pattern of making the playoffs but not getting to the NBA finals continued for Kevin Durant and co till the 2012-13 season.

The 2013-14 season was one of the most memorable seasons for Kevin Durant. KD came out all guns blazing. He averaged 35.9 points per game in 12 straight games. The Oklahoma City thunder finished with 59 wins. Kevin Durant was crowned MVP of the season. His MVP speech is one of the most emotional speeches of all time. The Thunder however did not make it past the Conference Finals again.

KD completed his final season with OKC in the 2015-16 season. Both Kevin Durant and Russell Westbrook reached several milestones in the season. The Thunder made it to the playoffs. However, they were eliminated by the Golden State Warriors in the conference finals despite having a 3-1 lead in the series.

Golden State Warriors: The Next Chapter for the Slim Reaper

KD helped the warriors take a 3-0 lead in the series. Kevin Durant had a remarkable first NBA Finals. He finished the series with 35.2 points per game and was the top scorer in every game in the finals. The NBA crowned Kevin Durant the finals MVP. 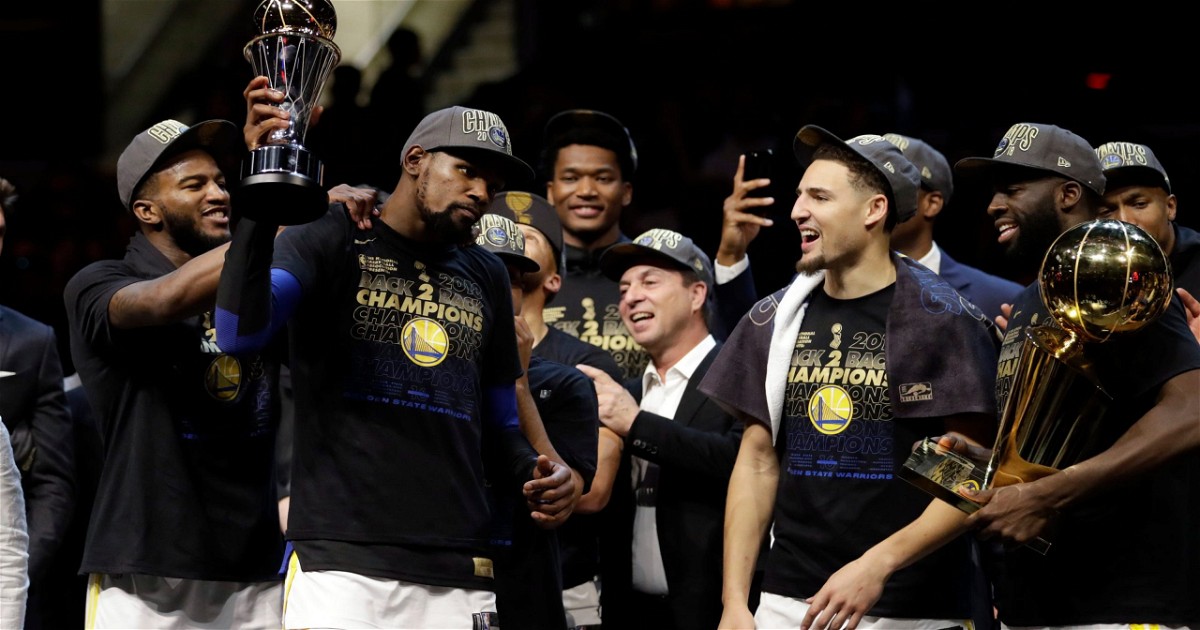 The 2019 season, saw KD and the Warriors chase a three-peat. The team had a wonderful regular season and made yet another playoff. During the playoffs, Kevin Durant set a new playoff career-high with 50 points and the team managed to make it to the NBA Finals. The Golden State Warriors were up against The Toronto Raptors.

Kevin Durant was out for nine games in the playoff due to a calf injury. KD however came back in game 5 against the Raptors to help the Warriors get the three-peat. KD was ruled out two minutes into the second quarter. The Warriors put up a great fight for their three-peat. But it was Kawhi Leonard and The North that took the NBA Championship back home to Canada.

In 2019, Kevin Durant decided to sign with the Brooklyn Nets. The Golden State Warriors honored Kevin for his work with the Warriors and retired his jersey. KD got paid even though he missed the entire 2019-2020 season due to an injury.

Kevin Durant made his Nets debut in 2020 against his previous team, Golden State Warriors. KD was supported by stars like Kyrie Irving, James Harden, and Blake Griffin. The 2020 season was successful for the Nets, the team made the playoffs.

However, the Playoffs were terrible for the Nets. The team was struck by injuries. Kyrie and Harden missed a few games in the conference semi-finals. KD knew he had to carry the team on his own. The man dawned scary hours upon the NBA in the playoffs. Every game he put up a show and he fought hard until the very end. The Nets missed a conference finals berth due to a few inches.

KD stepped on the line right before making a game-winning three-pointer and sent the game to overtime. Giannis and the Bucks took advantage of his fatigue and manage to end the Net’s playoff run.

The next chapter ‘part 3’

Since coming short against the 2021 NBA champions, the Nets have been on a downward spiral due to unforeseen injuries and a drama-riddled season. In the 2021-22 season, Kyrie Irving was initially banned from playing in the NBA and was later banned from only playing at home games due to his stance against the Covid-19 vaccine. He finished the season with just 29 games played.

Kevin Durant played just 55 games this year due to a sprained MCL. But the first domino fell due to James Harden. He was the only star on the court but had a falling out with the coaching staff. It got to a point where Harden faked an injury to sit out till he got traded.

He was traded for Ben Simmons who was not in game shape. And in his attempt to get into game shape, he injured his back. Come playoff time he was healthy but did not want to rejoin the team. The Brooklyn Nets got swept by the Celtics and Simmons did not want to hurt his reputation.

However, in the off season, Kyrie got impatient and was willing to not pick up his player option and leave the Nets. But he could not find a perfect suitor that could house his talents and salary. His decision however, triggered Kevin Durant to also leave. KD put in a trade request and is currently on the trade block, waiting for the Nets to let him move on, again.