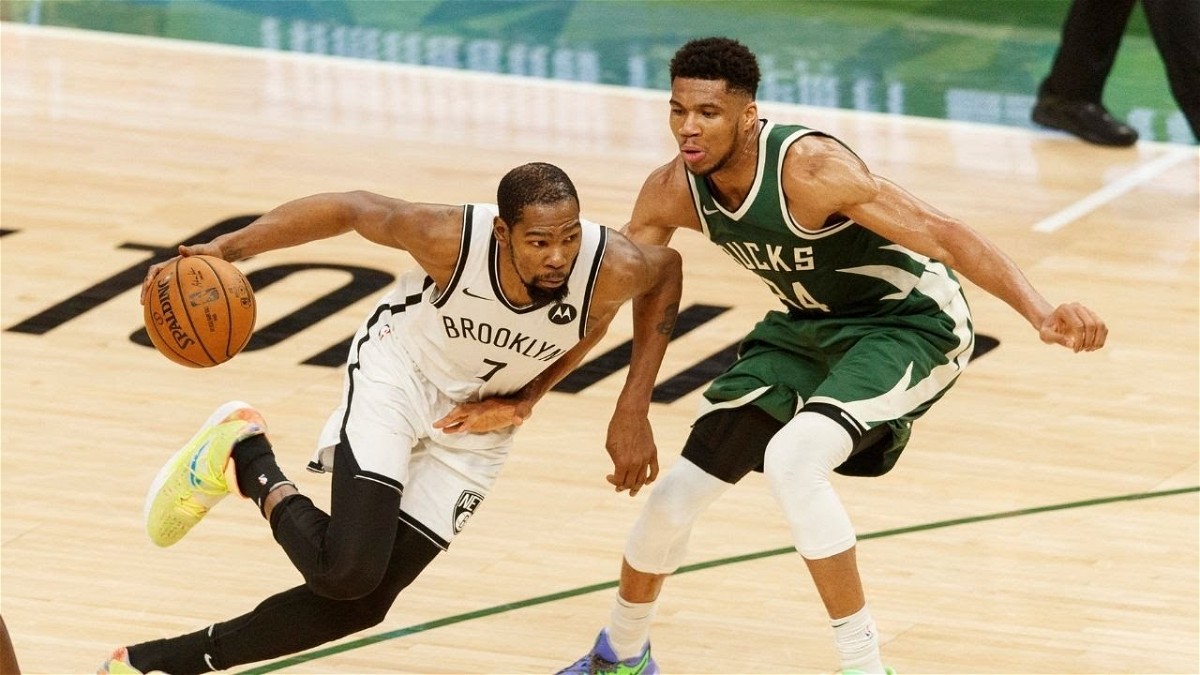 Kevin Durant and Giannis Antetokounmpo are undeniably two of the biggest names in the NBA right now. The reigning MVP saved his team from shambles earlier this season to finish third in the Eastern Conference. Kevin Durant, on the other hand, prove his worth during the time he was sidelined as the league watched Brooklyn spiral down from the #1 spot.

The Slim Reaper is rarely ever categorized as a big man despite being taller than most guys on the court. His game has never resembled that of a big hence the hesitation. The Greek Freak is a certified big and used it to his complete advantage to dominate the league for the last 3-4 years.

Their playing style is as different as it can get but their physical attributes are surprisingly similar. This is hard to believe for fans as Antetokounmpo is well built while Durant looks malnourished.

How tall are Kevin Durant and Giannis Antetokounmpo?

NBA Players are often secretive about their actual height. It may appear like a futile thing to hide but it decided their position in the court. Anthony Davis famously admitted to listing himself as 6-11 instead of 7’0 in order to continue playing the forward position. KD had similar reasons behind actively hiding his real height.

How are KD and Giannis the same weight ???? pic.twitter.com/iTqtyGrlKH

It is widely accepted that Kevin Durant is 6’10 and weighs 240lbs. Giannis Antetokounmpo is 6’11 and weighs just two pounds over the Nets superstar forward. This is particularly alarming because Antetokounmpo is extremely muscular and dominates in the paint. Giannis aptly fits the ‘big man’ description however Durant falls into the shooter category.

That, in any case, does not mean the 2x champion cannot dominate in the restricted area. But his physical stature allows him to be fluid and assume any role. But Giannis Antetokounmpo is not known for being a sharpshooter. In fact, big men rarely are. Durant’s wingspan is wider compared to Giannis Antetokounmpo which again can be credited to his lean body.

With the playoffs just around the corner, fans can expect a round-one duel between the Brooklyn Nets and Milwaukee Bucks after the play-in tournament and this time with a healthy Kyrie Irving.