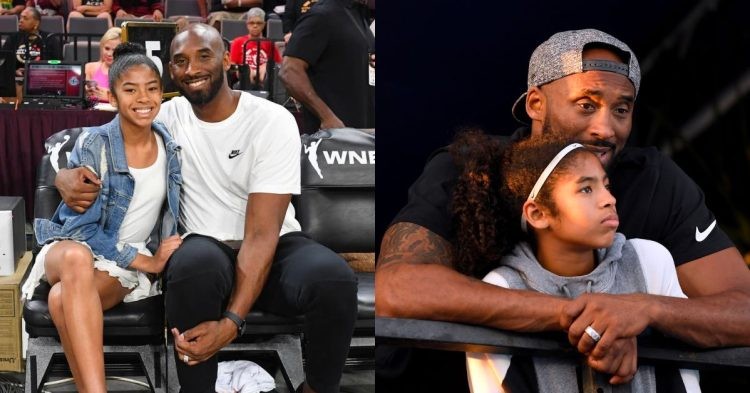 Kobe Bryant’s tragic death was one that shocked the world. He passed away with his daughter Gianna right by his side, making it even more heartbreaking. The LA Lakers icon had a habit of traveling across the country in helicopters, which ultimately led to his death as well.

Kobe’s autopsy report suggests that he suffered multiple major impacts on the head. Along with that, his body and arms had been severely burned as well. One can only be at ease knowing that he was there for Gigi during those horrific last moments. The NBA legend’s demise surely caused a stir in the world. There were lawsuits filed, fans criticized, and many more.

Why did Vanessa Bryant file a lawsuit after Kobe Bryant’s death?

Vanessa Bryant’s world came crashing down when both her husband and daughter passed away at the same time. There are no words for anyone to describe the type of pain and grief Vanessa went through at that point.

When she was dealing with the loss of her loved ones, Los Angeles County shared images of the crash victims. This included images of their bodies. One can only imagine how heartbreaking it must have been for Vanessa and the other family and friends of the victims. She filed a lawsuit against the LA County Sheriff and Fire Departments.

According to TMZ, at least 8 sheriffs clicked pictures of the victims. The lawsuit mentioned, “The deputies took these photos for their own personal gratification.”

Her co-plaintiff was Chris Chester. He lost his wife and daughter in the horrific accident. Sources mention that the images were seen by spouses of the employees in the departments, and a few others at a bar later on as well. Vanessa’s lawyer Luis Li mentioned that there was no real purpose for these images. This happened when J Mira Hashmall, the country’s representative, claimed that the images served the purpose of helping the county to analyze the crash site.

Vanessa Bryant publishing the lawsuit involving the sheriff’s deputies who took pictures of the scene at Kobe Bryant’s crash site is eye-opening.

The jury came to a verdict that Vanessa and Chris would receive $16 million and $15 million respectively. However, it was later revealed that both of them were to receive the same amount, and the confusion was caused by an error. $1.5 million was awarded for the emotional distress caused, and the remaining $13.5 million was for the additional damages.

Vanessa later announced that the compensation she received from the lawsuit would directly go to the Mamba and Mambacita Sports Foundation. For context, the foundation was set up to solely focus on and help talented young athletes to get to the top.

In 2012, a Twitter user posted a tweet and mentioned that Kobe Bryant would pass away in a helicopter crash. One might think that they predicted it or somehow saw it coming. The main reason for their tweet would be the fact that the Black Mamba often used his helicopters as a mode of transport.

Kobe is going to end up dying in a helicopter crash

As one of the users in the replies section mentions, the fan made the tweet upon learning that Kobe flew Steve Blake in a helicopter for a doctor’s visit. Blake and Kobe were teammates for the Lakers at the time. Although it may seem mind-blowing, it does seem like a huge coincidence.

For all those asking why he wrote this. It was in the news that day he flew his teammate in his helicopter. This is from a news article on the 14th. pic.twitter.com/tnRxgIxH3F

It has now been three years since we lost a legend, and 8 others who did not deserve to die on that day as well. Death is not kind to anyone of us, but what happened to these nine people was a tragic event that we can hope doesn’t happen to anyone else. The NBA world continues to mourn the loss of the Black Mamba and his prodigal daughter Gianna.